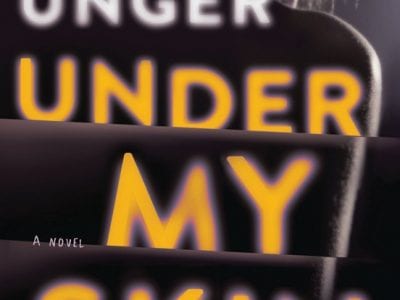 A cautionary tale unfolds in a gemlike psychological thriller

¦ “Under My Skin” by Lisa Unger. Park Row Books. 368 pages. Trade paperback original, $16.99. Lisa Unger’s craft is so astonishing that it makes me want to cry tears of appreciative joy. Tears are also prompted by the harrowing situation of Ms. Unger’s main character, Poppy, as she tries to rebound from the hideous murder of her husband Jack. […]

SCORPIO (October 23 to November 21) Before you point fingers at who might be to blame for the unexpected change in your plans, take a few moments to reflect on how this turn of events might be a blessing in disguise. SAGITTARIUS (November 22 to December 21) You seek out advice in the first part of the week. But be […] 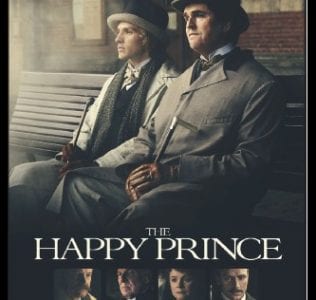 The long, painful fall from grace after enjoying immense success must be an awfully difficult cross to bear. Add in a lack of acceptance of one’s sexual preferences and you have Oscar Wilde in “The Happy Prince,” a stylish but stilted look at the author/ playwright’s final years. The film is a passion project for writer/director/star Rupert Everett, who waited […] 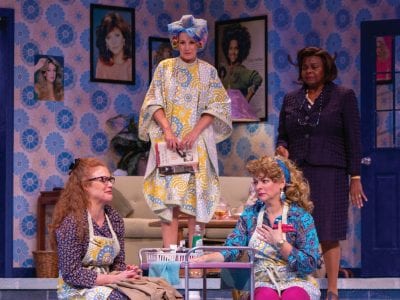 Steely and quirky and Southern to the bone 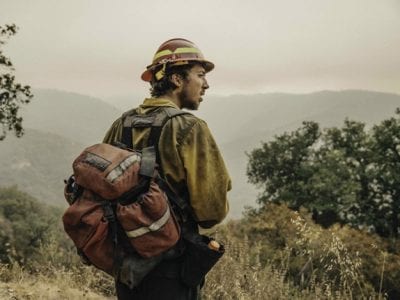 THURSDAY, NOV. 1, 8 P.M.AutumnwatchJamestown, Part 5 Governor Yeardley falls ill and Farlow is quick to seize power but Redwick sees an opportunity to turn the unruly militia against the governing elite and cause civil unrest. An accusation by Alice spurs James into finding out what really happened to Henry, while Jocelyn realizes she underestimated Temperance. FRIDAY, NOV. 2, 9 […] 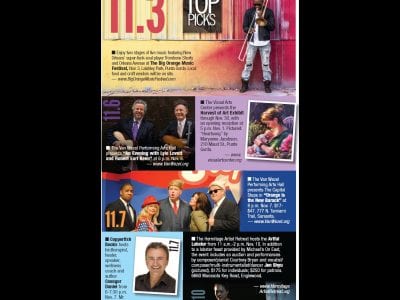 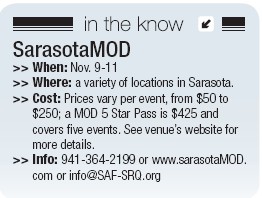 While many of Paul Rudolph’s mid-century modern homes can be found in Sarasota, one of his earliest works, The Walker Guest House, is farther south, on Sanibel Island. The walls of the small structure lift up, giving the tiny home a more spacious feel. The architect had called it one of his favorite Florida homes. It’s on private property, but […] 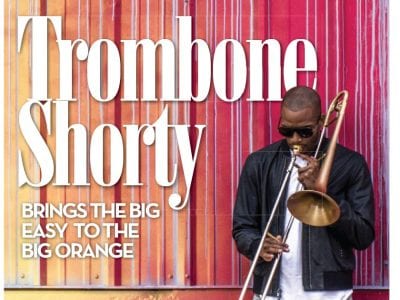 BRINGS THE BIG EASY TO THE BIG ORANGE

Trombone Shorty (the stage moniker for Troy Andrews) has been blurring the lines of musical style since the age of four, when he picked up an instrument taller than himself, garnering him the nickname “Shorty.” Since that time, the genre-bending musician/ producer/actor has played with many of the giants of the industry, including Lenny Kravitz, U2, Madonna, Foo Fighters, Bruno […] 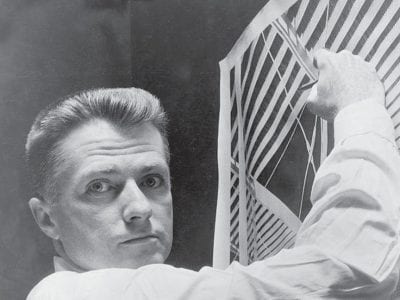 When it comes to architects, Paul Rudolph is a definite rock star. He’s revered, especially in Sarasota, where he designed numerous innovative homes, and is held in high regard by architects and mid-century modern enthusiasts. The Sarasota Architectural Foundation is celebrating the centennial of Mr. Rudolph’s birth this year with its fifth annual SarasotaMOD weekend Nov. 9-11. The city of […] 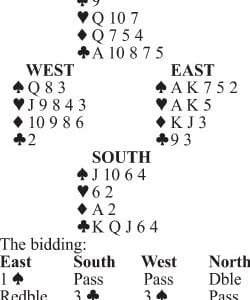 As an abstract proposition, it seems impossible for South to make four clubs doubled in this deal, since he has four obvious losers consisting of a spade, two hearts and a diamond. But Peter Weichsel did make that contract at the 1984 national men’s pair championship, won by Weichsel and his partner, Mike Lawrence. It all came about in strikingly […]