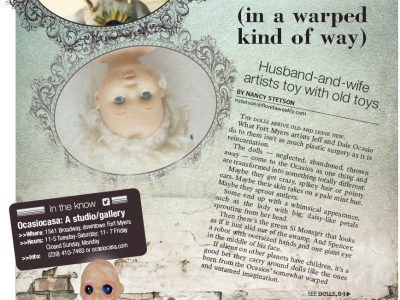 All dolled up (in a warped kind of way)

THE DOLLS ARRIVE OLD AND LEAVE NEW.What Fort Myers artists Jeff and Dale Ocasio  do to them isn’t as much plastic surgery as it is reincarnation.The dolls — neglected, abandoned, thrown  away — come to the Ocasios as one thing and are transformed into something totally different.Maybe they get crazy, spikey hair or pointy ears. Maybe their skin takes on […] 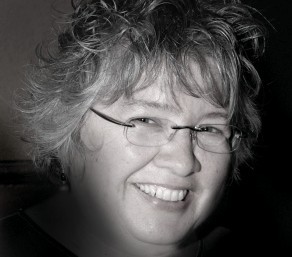 Henry & Tom & Warren: A camping trip not to be missed

Apparently, you can’t escape politicians, even if you get lost in the woods. In “Camping With Henry & Tom,” Florida Repertory Theatre’s inaugural play in the newly renovated ArtStage Studio Theatre, Thomas Edison gets stranded in the woods with his friend Henry Ford and President Warren G. Harding. The three have been camping in Maryland with others, under the watchful […] 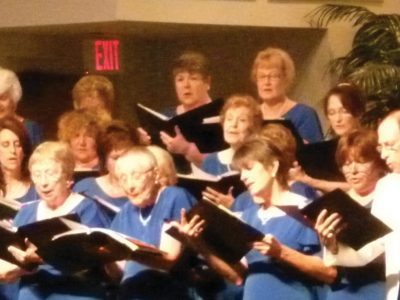 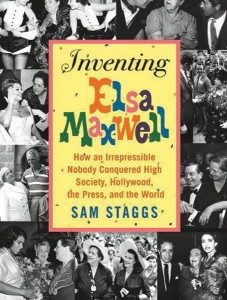 ‘Inventing Elsa Maxwell: How an Irrepressible Nobody Conquered High Society, Hollywood, the Press and the World’

By Sam Staggs(St. Martin’s Press, $29.99) Elsa Maxwell was short, overweight and had the face of a bulldog. Think J. Edgar Hoover in drag, and you get the idea. Born in 1881 in Keokuk, Iowa, as a girl she moved with her family to San Francisco. One day while looking out the front window of her home, she saw something […] 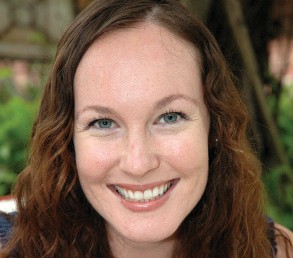 Walking the mean streets of the South

This week I’m visiting a Southern state, a place in the nation so conservative it makes conservative parts of Florida look like liberal enclaves. The Confederate flag no longer flies above the capitol here, but it might as well. I’d hate to call it backward — someone might shoot me. The women, of course, are all Southern belles, schooled in […] 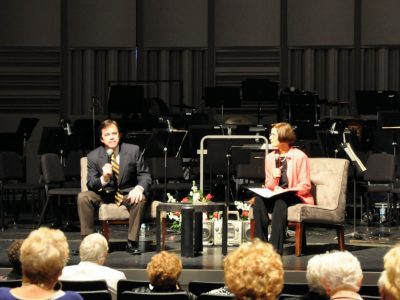 Long before “The Bachelor” became a prime time staple, TV audiences enjoyed watching “The Dating Game,” a program in which a young woman asked three potential suitors questions to determine which lucky fellow would earn a date with her. This analogy came to mind as I was thinking about this year’s Charlotte Symphony Orchestra season and three guest conductors vying […]


Concrete Maintenance Systems Inc. of Punta Gorda is celebrating its 10th year in business. Started in November, 2002, the company specializes in the repair of cracks in concrete like pool decks and driveways using its FlexSeal Crack Repair System. More than 1,800 jobs have been completed in Charlotte County. Repairs are inexpensive, long-lasting and guaranteed not to re-crack. To learn […] 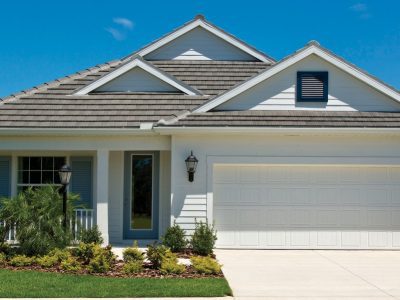 
With new home sales coming from 14 different neighborhoods, Lakewood Ranchbased builder Neal Communities sold 61 new homes in October: 110 percent more than the same month a year ago. For the year, the builder-developer has recorded 503 new home sales, exactly 100 more than all of last year. That represents a 25 percent increase, with two months in this […]


Marcia Cullinan, Encore National Bank’s vice president of residential lending, has been appointed president of the board of directors for the Charlotte County Chamber of Commerce for the 2012-2013 year. Ms. Cullinan served as president elect last year, and has been an active member of the chamber for eight years. “My involvement with the chamber and chamber members over the […] 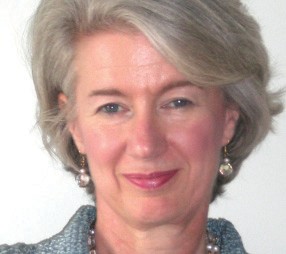