Would a band by any other name sound the same? 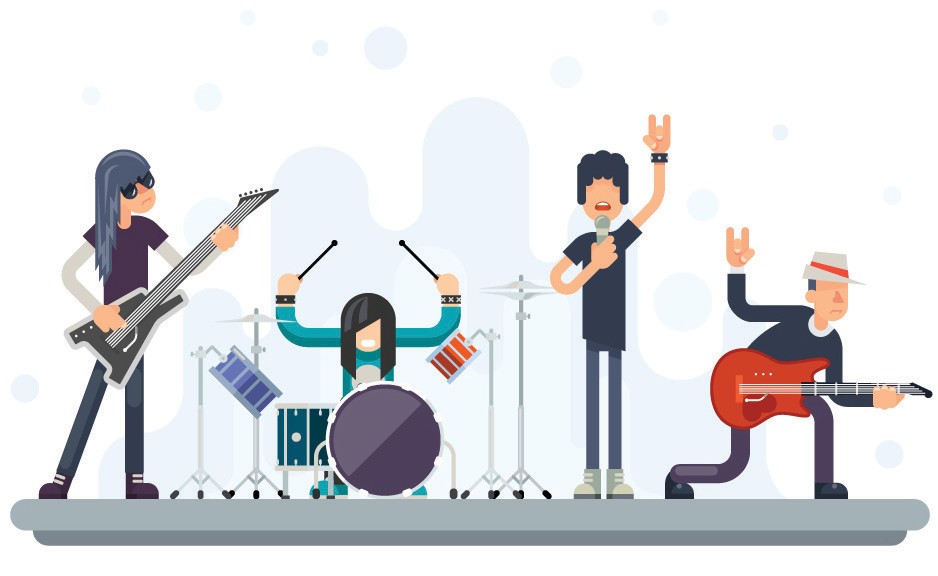 I was sitting in an editorial meeting when my boss mentioned something about a “bunny rescue story” she was expecting.

The comment just hit my brain at an odd angle, and I started laughing.

“Bunny Rescue. That’d be a great name for a band,” I said.

“… Especially if it was a goth band or one that played heavy metal or death metal,” I added.

“That’s exactly what I was thinking!” said another editor.

This is how our minds work.

“Playing their hit song, ‘Kill, Thumper, Kill!’” I thought, but didn’t say out loud. We’d moved on to another topic.

Great band names are everywhere, if you’re just open to them.

I saw a commercial the other night in which a man was patting the tummies of three pugs. He mentioned something about playing pug bongos.

“That’d be a great name for a band: Pug Bongo,” I thought.

Back in the early ’90s, when I was a regular freelance writer for the Chicago Tribune, I interviewed Adam Dolgins, a marketing manager for the now-defunct Spy magazine, about a book he had written titled “Rock Names: From ABBA to ZZ Top: How Rock Bands Got Their Names.” Bands apparently come up with names in a variety of ways, and readers are curious about how it happens.

It was a fun book to peruse, and Mr. Dolgins was a good interview.

The fact that I still remember that article 25 years later says something. (I’ve talked to so many people for so many stories over the past decades that sometimes I can’t even remember whether I’ve interviewed someone or not.)

The author told me he planned to update the book on a regular basis, but I was only able to find a revised second edition printed in 1995, a couple years after the original.

To my dismay, I read in his new introduction that Mr. Dolgins had made up the story about how he came up with the idea to write the book.

He admitted he had not ever wondered:

“What is a Jefferson Airplane, anyway? And for that matter, who’s Pink Floyd?”

He said he couldn’t remember exactly what group he heard on the radio had made him starting thinking about the origins of band names; he just thought the Jefferson Airplane anecdote was a good story to tell journalists.

But I was glad to see he credited the Chicago Tribune as being one of the publications that had given him “generous coverage.”

It was interesting to thumb through the revised edition of the book, even though it was printed before bands called Cage the Elephant, Imagine Dragons, twenty one pilots and Portugal. The Man came into being.

Mr. Dolgins noted that more than a few bands have taken their names from books.

A Flock of Seagulls named itself after the sappy but bestselling “Jonathan Livingston Seagull.”

The Velvet Underground took their name from a paperback about S/M and the underground sex scene in the ’60s. Supertramp was also named after a book: “The Autobiography of a Supertramp,” and Steppenwolf named itself after the Herman Hesse classic of the same name, a novel found on almost every college student’s shelf.

Surprisingly, Mott the Hoople was also the title of a book.

The Icicle Works named itself after a Frederick Pohl science-fiction short story.

Soft Machine was also influenced by Mr. Burroughs, naming itself after one of his novels.

Bands also took inspiration from William Faulkner’s books. Pylon named itself after one of his novels. (And while this is not mentioned in Mr. Dolgins’ book, the metalcore band As I Lay Dying is also named after a Faulkner classic.)

Toad the Wet Sprocket named itself after a fictitious band in a Monty Python skit.

Husker Du is named after a children’s board game that was popular in the 1950s. (The name means “Do you remember?” in Swedish, the band explained.)

Band names have been inspired by other band names.

Probably most famously, The Beatles liked the name of Buddy Holly and the Crickets, and named themselves similarly (though, as Dolgins noted, there was a motorcycle gang in the 1954 film “The Wild Ones” called The Beetles). And Chubby Checker’s name is a takeoff on Fats Domino.

Unfortunately, some of my favorite band names, such as !!! and Southern Culture on the Skids, are not included in his book.

Back when I interviewed him all those years ago, I asked Mr. Dolgins what name he might choose for a band.

His response: “I always thought Grease Pencil would be a great name.”

But I still think Bunny Rescue has promise. ¦