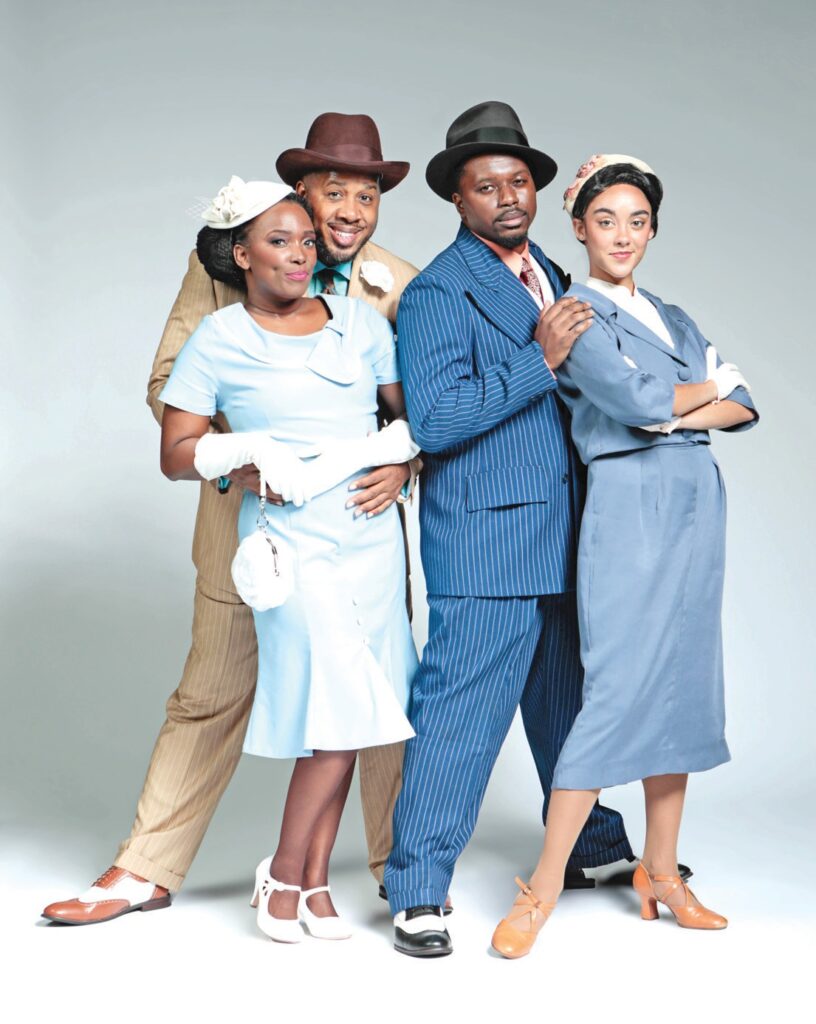 Opening Westcoast Black Theatre Troupe’s 23rd anniversary season will be one of the most produced musicals in history, “Guys and Dolls.” The production premiered on Broadway in 1950 and ran for 1,200 performances, winning five Tony Awards, including Best Musical. Since its original run, it has become a staple of American musical comedy, staged in Broadway revivals, by regional companies, community theatres and schools. A movie version in 1955 starred Frank Sinatra as Nathan Detroit and Marlon Brando as Sky Masterson.

The WBTT version will sing the loves and dreams of “Guys and Dolls” with its own unique voice. One of its key inspirations is the 1976 Broadway production staged by African American director/choreographer Billy Wilson and starring an all-Black cast, featuring renowned artists including Robert Guillaume, Norma Donaldson, James Randolph and Ernestine Jackson.

Jim Weaver, WBTT’s education director/ artistic associate and the director of this show, was lucky enough to catch that production.

“I remember seeing the 1976 African American version of ‘Guys and Dolls’ on Broadway like it was yesterday; the production had that much of an impact on me,” Mr. Weaver recalls. “The cast was the crème-de-la-crème of Black Broadway stars at the time. It was such a unique concept, taking this classic musical and reinventing it. It was a huge success on many levels.”

“Guys and Dolls” is based on short stories by newspaperman Damon Runyon, who created a comical version of a New York underworld of gamblers staying one step ahead of the law. His characters have colorful nicknames like “Sky” (for his sky-high gambling bets), “Harry the Horse” (for his habit of wagering on races), and “Nicely-Nicely” (because he says things are going “nicely, nicely, thank you!”).

“I felt this show was the perfect choice to open our 2022-2023 season, which is themed ‘American Dreams,’” said WBTT Founder/Artistic Director Nate Jacobs. “Not only has it been beloved by audiences around the world for many decades, it also examines the hopes and dreams of its memorable characters as well as themes of resilience and resourcefulness. Of course, we will imbue the production with our own special WBTT twist.”

The show runs Oct. 5 through Nov. 20. Performances are at 7:30 p.m. Tuesday Saturday, with 2 p.m. matinees on Saturday and Sunday, at the WBTT Donelly Theatre, 1012 N. Orange Ave., Sarasota. Tickets are $50 (including ticket fees); discounts are available for full-time students (ages 21 and under) and active military personnel.

For tickets, call the box office at 941-366-1505 or purchase tickets online securely at www.westcoastblacktheatre.org.

The mission of Westcoast Black Theatre Troupe is to produce professional theater that promotes and celebrates African American history and experience, engages a broad base of patrons and audiences, supports the development of a dynamic group of aspiring artists, and builds self-esteem in youth of color. For more information, visit www.westcoastblacktheatre.org. ¦