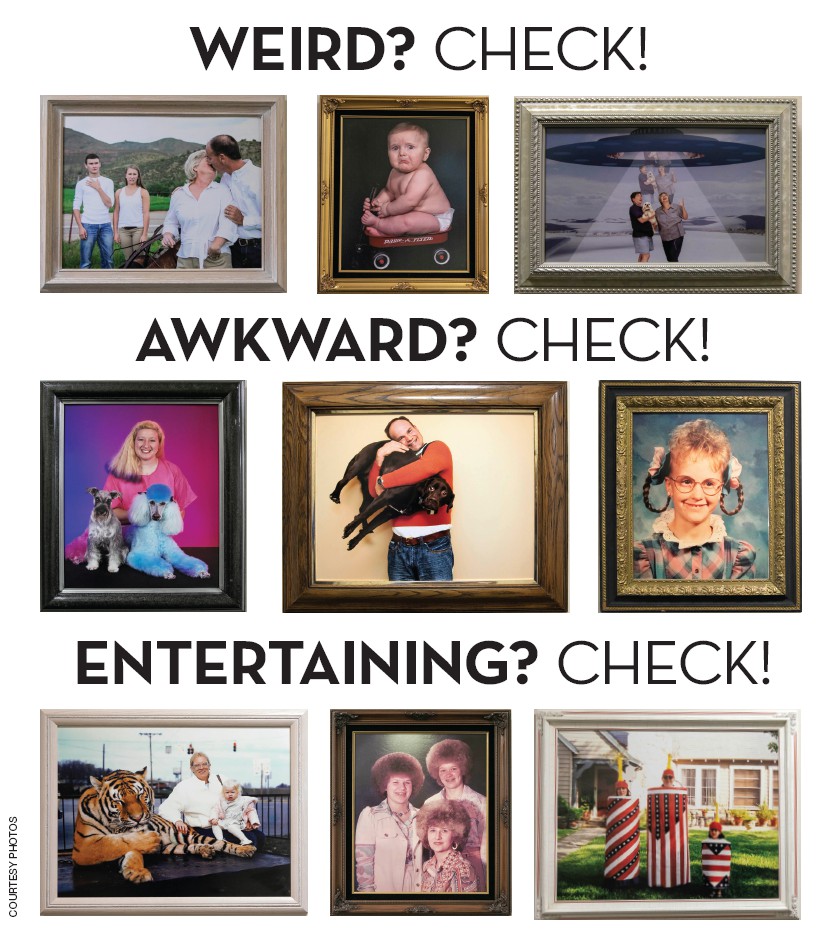 These images take weirdness to a whole new level — or low:

Families dressed up in funny costumes.

You can see all this and more at the “Awkward Family Photos” exhibit at the Hinman Auditorium at the Center for Performing Arts in Bonita Springs (through July 25).

This traveling exhibition is highly popular. When it first opened at the Kohler Arts Center in Sheboygan, Wisconsin, 10 years ago, it broke records for attendance. It’s been traveling ever since, and now Southwest Floridians can enjoy the strangeness in person.

You don’t have to attend a performance or take a class to stroll through the auditorium’s outer hall. And admission is free. 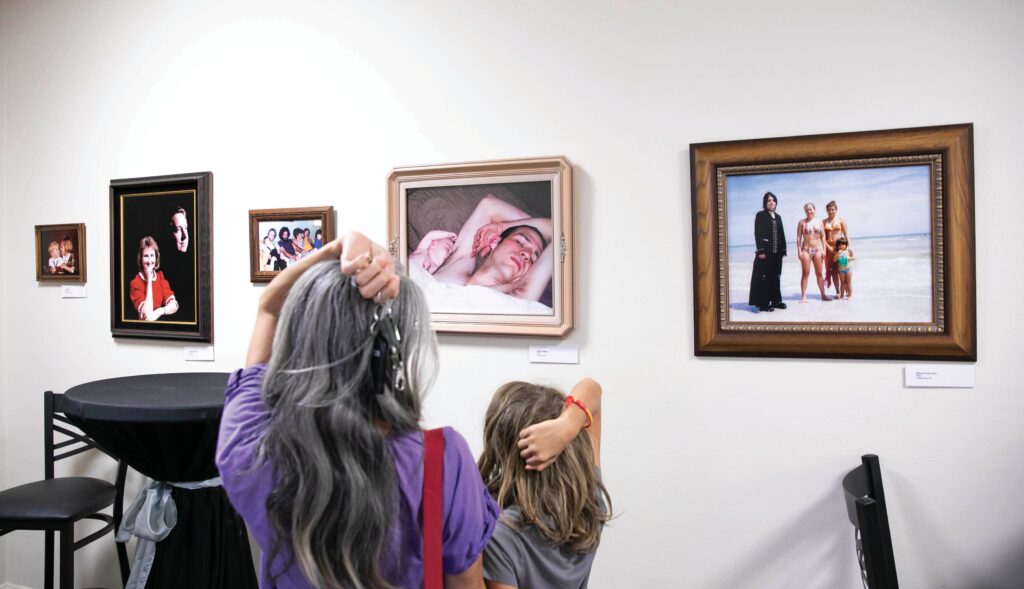 In addition to laughter, you can also hear exclamations of “Oh, my God!” “Look at that!” and “That’s creepy!”

That last comment was in reaction to “Deck the Halls,” apparently a portrait taken for a family’s Christmas card in 2011 in Apple Valley, Minnesota.

Then there’s the photo of a family who posed in what looks like their rec room — on a stripper pole — with a Christmas tree in the background. 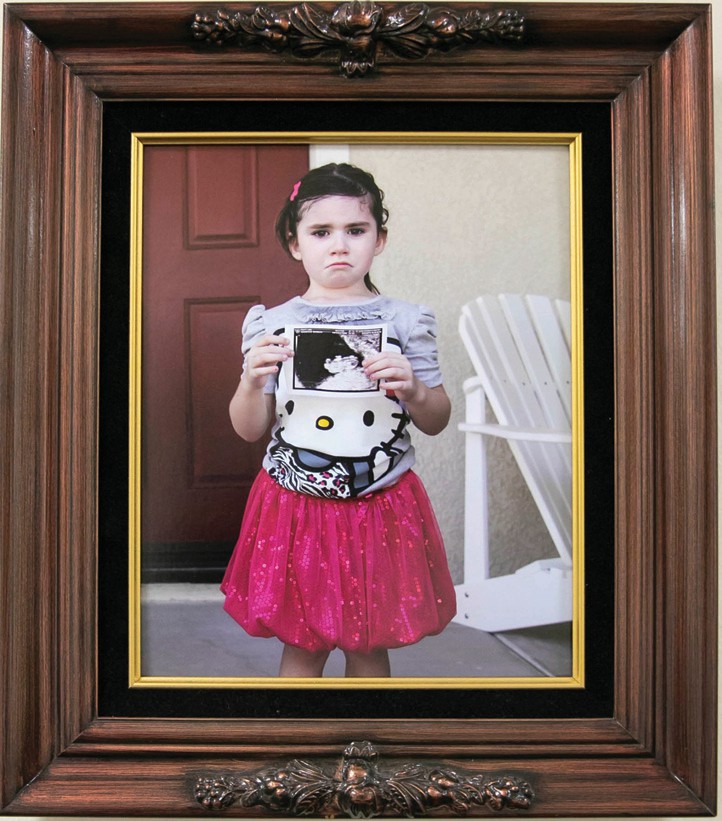 Or the family — mom, dad, son and daughter — sitting together in a hot tub.

Two different photos of kids posing with Santa make you wonder if the North Pole’s located on the rough side of town. In one, Santa has his arm around a little girl — and a cigarette dangling from two fingers. (“So what do you — puff, puff — want for Christmas, little girl?”)

In another, Santa’s sporting a definite black eye. (We wonder what the other guy looks like. Did Santa get in a fistfight with an elf?)

And those are just some of the Christmas photos.

The exhibit are grouped in various themes such as Christmas, the Fourth of July, Halloween, vacations, siblings and pets.

What inspires someone to get a studio portrait with a snake? Or six monkeys dressed in dolls’ clothing? Or take a family photo in a living room of three children and a goat? 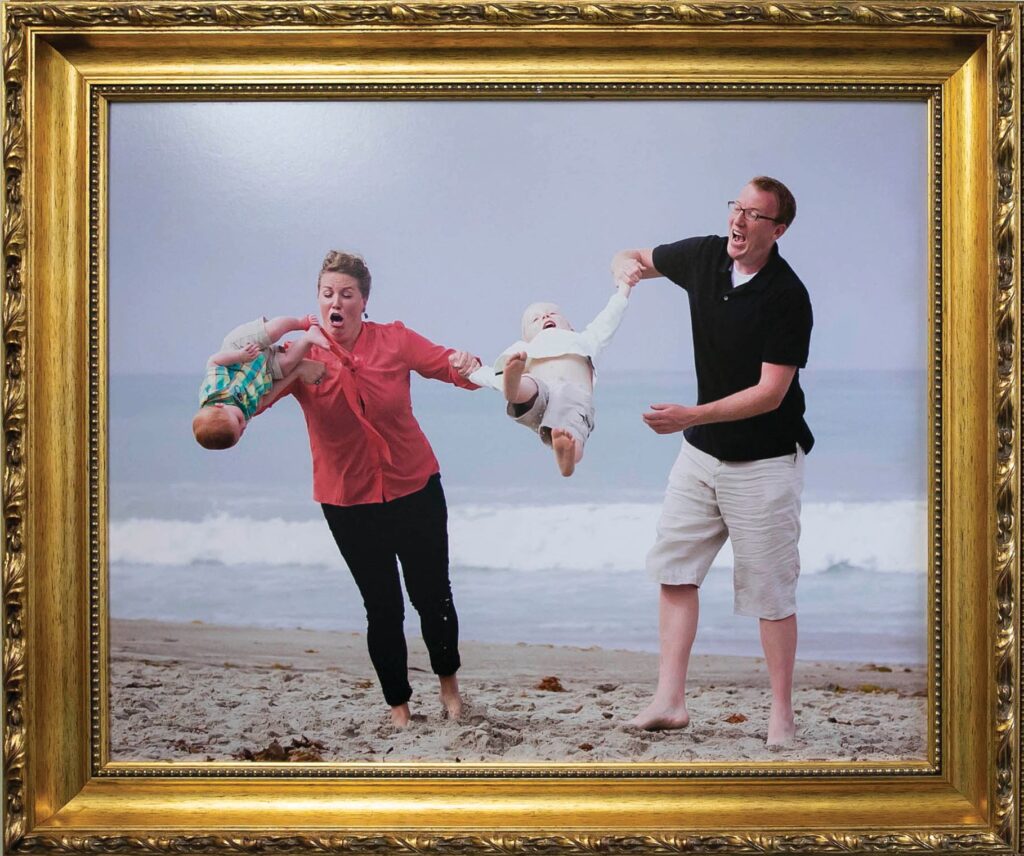 “A Day at the Beach”

Who pays for a studio shot of their son with his arm around a red Hoover vacuum cleaner that’s almost as tall as he is? (Parents who are happy they’ve passed their obsessive cleaning genes on to their son?)

Awkwardfamilyphotos.com was started by Mike Bender and Doug Chernack in 2009, inspired by vacation photos of their own families. They started by posting their own awkward family photos and those of their friends, and it quickly became an internet sensation, with viewers sending in their own awkward photos. (Florida Weekly wrote about it back then, in “Crossbows, big hair and choking – Awkward family photos.”)

“They felt it was a natural progression to start an exhibition that would travel,” she says. “It’s been well-received everywhere.”

Some of the photos have stories attached to them.

For “Baby You’re A Firework,” taken in 1995 in San Antonio, Texas, Jamie explains that every year for the Fourth of July parade, her father made them dress up as oversized red-white-and-blue fireworks, when all she really wanted to do was ride her bike in the parade with her friends like a normal kid. 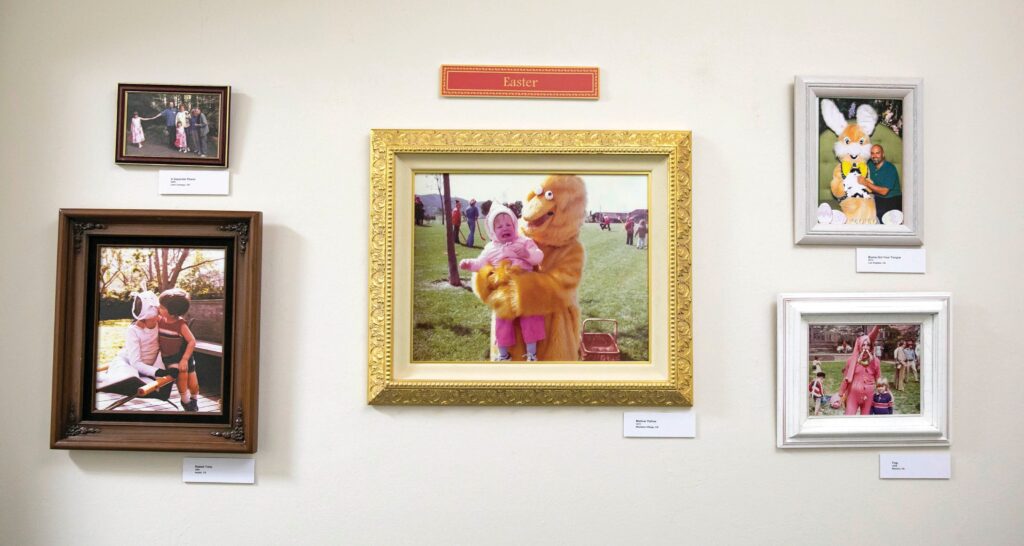 Some beg for a backstory (why are someone’s parents standing alone on the shoulder of a highway leading to Chicago, as if they’ve been abandoned?) while others don’t need one (the bikini clad women in the family on a beach, standing next to the Goth sibling dressed from shoulders to ankles in all black with silver studs.)

And surely there’s a Hall of Shame for bad Halloween costumes, such as the two siblings wearing garbage bags with the word TRASH written on a white cardboard sign on each one. That photo’s entitled “Garbage Pail Kids.”

And a tow-headed nameless boy from Cape Coral dressed as a bag of jelly beans in 1983, sporting a clear plastic bag filled with different-colored balloons to represent the jelly beans. His bag also has a sign — Jelly beans 59¢. 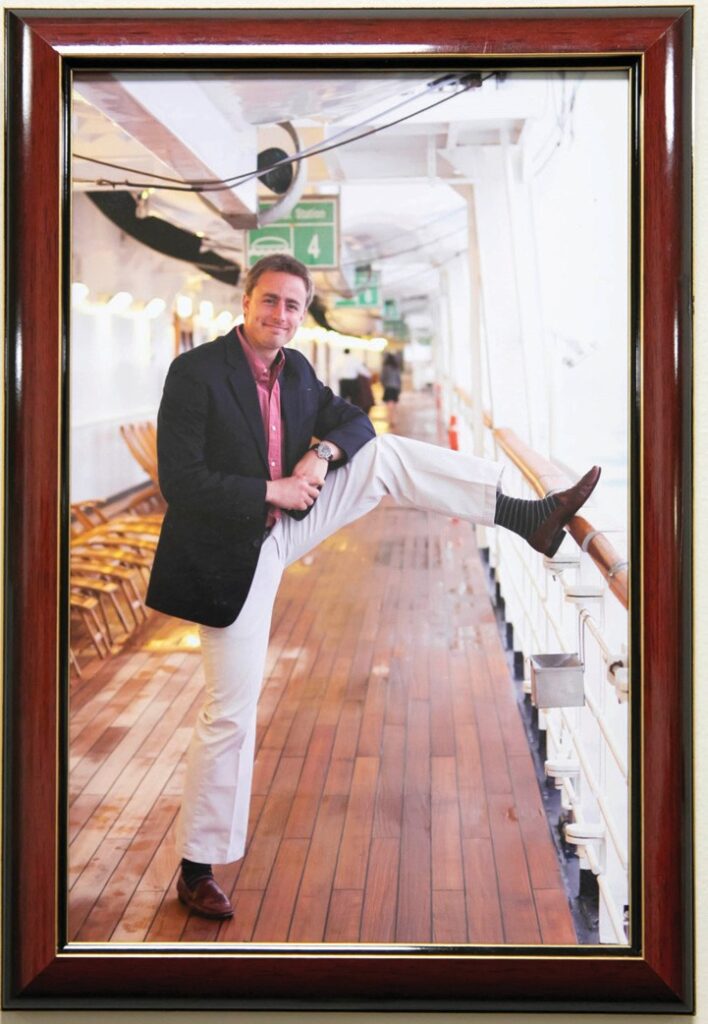 The subject matter is highly relatable — everyone has an awkward family photo, says Ms. Elzinga.

“I can certainly see my family in some of them,” she says. “If you spend time together, you’re bound to have some awkward moments. And when a camera catches those moments, then you have an awkward family photo.

“I think everybody has some. I have some crazy hairdo photos from when I had big hair in the ’80s that I’m not going to share.”

Whether big hair or braces, everyone has similar photos from their past they may not want to share.

Some images, she says, were awkward from the moment the participants were asked to pose for them.

After you laugh yourself silly over the more than 200 awkward family photos at the Center for Performing Arts, go can home and dig out the old family photo album and enjoy some more. ¦ 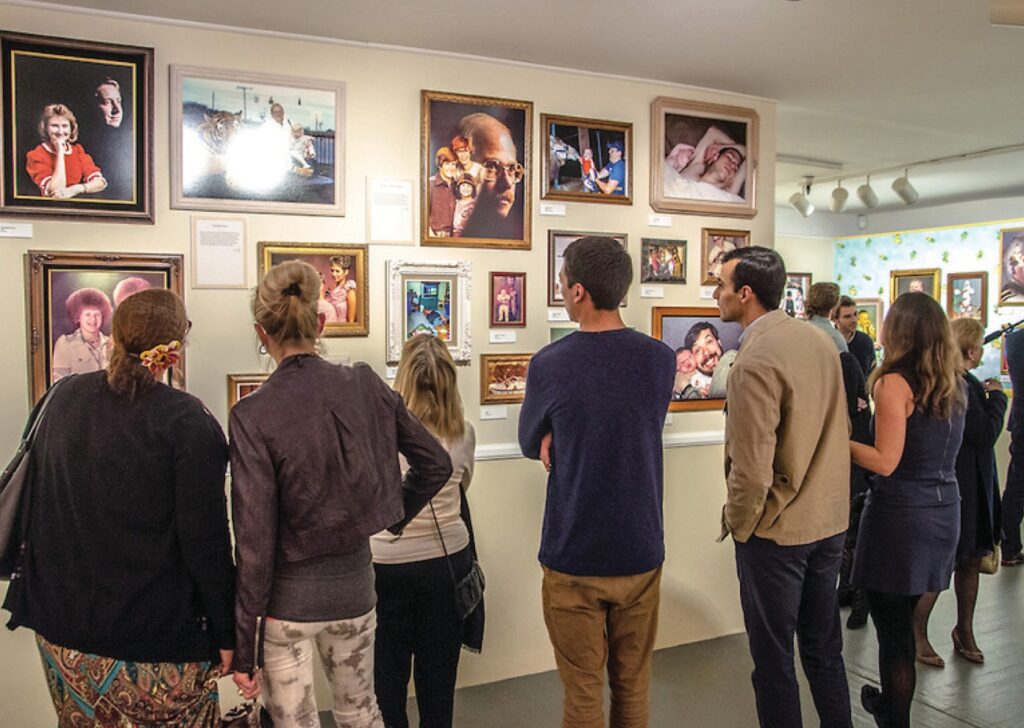 Visitors at the “Awkward Family Photos” exhibit at the Center for Performing Arts in Bonita Springs. 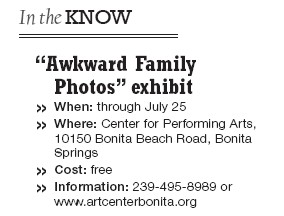