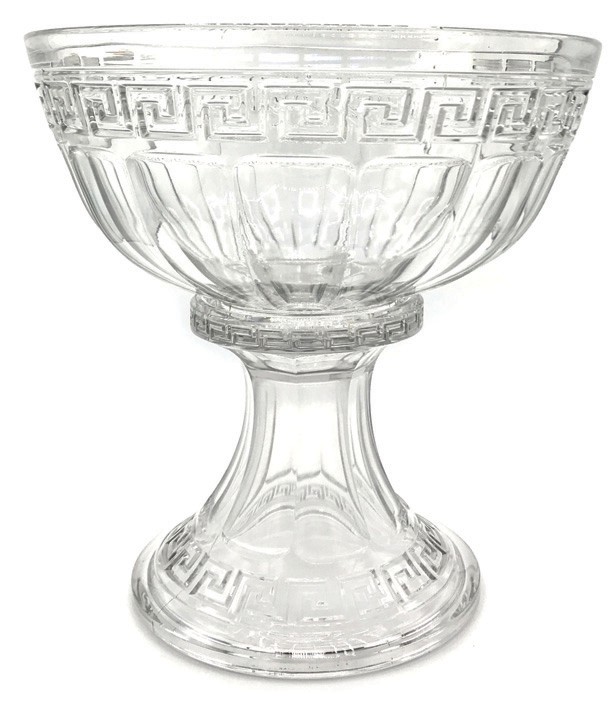 It’s not necessarily the dollar value of an object that drives a collector to seek things out.

Rather, I think it’s the thrill of the hunt in the quest for treasure.

So often, collectors go to shows, shops, yard sales and auctions hoping to find that one piece.

That’s what whets our appetites for more.

That happened to me recently.

Twenty-five years ago, I picked up a Heisey Greek Key, or Grecian, pattern stand for a punch bowl. The piece, which bears Heisey’s Diamond H mark, was sold to me as a vase. I knew one day I would find the matching bowl.

Heisey, a Newark, Ohio, company, was the Cadillac of American glassware.

This was a company that made just a little better quality wares in the so-called Elegant glass of the Depression era, roughly from the 1920s through World War II and the ’50s.

It was more expensive than the Fostoria, Cambridge and Imperial stemware our grandmothers bought at their local jewelry and department stores. 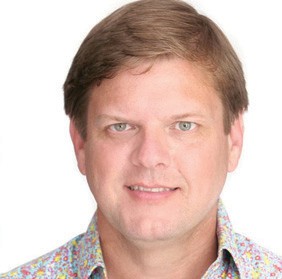 Heisey made the Greek Key pattern from 1912 to 1938, and you simply do not see pieces of the pattern every day. Pieces in Flamingo (that was Heisey’s pink color) are especially rare because the company only made the pattern in colored glass for a couple of years. I’ve seen a couple of punch cups in the color — and no other pieces.

Nearly 20 years ago, dealer Peggy Miller had a punch bowl priced at a goodly sum — $300, I believe — in her booth in a Lake Worth auction gallery. I procrastinated, and the bowl sold quickly to someone else.

Still, I waited, watching the Depression glass shows and the monthly West Palm Beach Antiques Festival. My friend Jim Antone gave me a lovely bread tray in the Greek Key pattern, but I never saw any of the larger pieces.

Then late on a Saturday afternoon, I stopped at a favorite thrift store and found the bowl perched atop a shelf filled with household items. It was very reasonably priced, and that price got even better when I went to pay and learned everything in the store was 25% off. I was ecstatic.

I hurried home, lamenting that I had donated my punch base during a purge of the garage.

I carted the bowl into the house and started shopping online for a base.

Then I took a quick stroll around the garage and spotted the base on a shelf — I had not donated it after all.

It only took 25 years, and I think the bowl and the stand are a handsome couple.

Of course, values have changed dramatically for items such as this punch bowl. A quick perusal online shows whole sets selling for $150 and less.

But that doesn’t matter to me.

After all, there’s a story somewhere. Maybe these two pieces once were together before. We can ponder their history before they arrived at my house.

That’s part of the fun and the mystery of collecting.

And I think that’s why so many of us continue to do it. ¦