The price of “Don’t Say Gay” 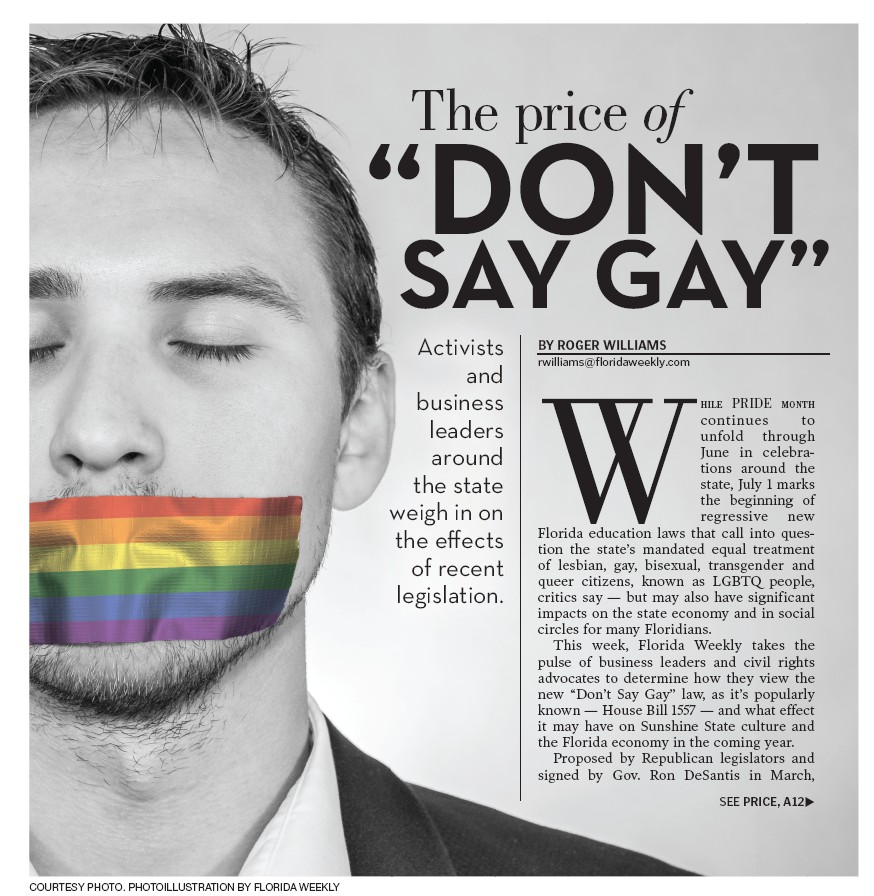 WHILE PRIDE MONTH continues unfold through June in celebrations around the state, July 1 marks the beginning of regressive new Florida education laws that call into question the state’s mandated equal treatment of lesbian, gay, bisexual, transgender and queer citizens, known as LGBTQ people, critics say — but may also have significant impacts on the state economy and in social circles for many Floridians. 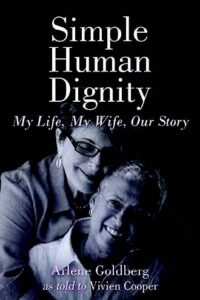 This week, Florida Weekly takes the pulse of business leaders and civil rights advocates to determine how they view the new “Don’t Say Gay” law, as it’s popularly known — House Bill 1557 — and what effect it may have on Sunshine State culture and the Florida economy in the coming year.

Proposed by Republican legislators and signed by Gov. Ron DeSantis in March, “Don’t Say Gay” forbids discussion of gender identities in public schools through the third grade, or when it isn’t “age appropriate,” a term without a precise definition.

In a report by The News Service of Florida, House bill sponsor Joe Harding, R-Williston, said the measure aims to ensure that parents are notified of important decisions that would affect their children. 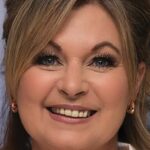 “We don’t want the social engineering of trying to guide children in a direction, which is very tempting when you are responsible for their growth and development,” Senate bill sponsor Dennis Baxley, R-Ocala, told The News Service of Florida. 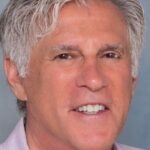 “The maturity level of the student is not ready to accept the conversation on the topic, as far as instruction,” The News Service reported.

The critics view it as part of a larger regression that includes another new Republican bill, HB 7 or the “Stop Woke Act,” forbidding the discussion of many aspects of slavery and the history of civil rights in schools because they could cause some white people discomfort.

Although seemingly unrelated to the state’s economy or larger culture, these education bills are related, many fear.

On the contrary, the new rules could have profound economic impacts, slowing investment and tourist dollars in Florida simply because of a larger message: LGBTQ people are officially outcasts even if surveys in recent years show more than 70% of Floridians oppose laws inhibiting open acceptance of them. 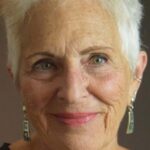 They include same-sex married couples with straight children, or LGBTQ children themselves who may now be unable to share their identities and natures in any school conversations with teachers.

Compass aims to “engage, empower and enrich the lives of LGBTQ people and those impacted by HIV and AIDS,” according to its literature.

“I understand the extreme right is pushing parental rights,” Ms. Seaver added, “but they’re really creating a hostile school environment. America is supposed to be a country of freedom of speech and ideas. Those freedoms end when politicians start banning books and censoring curriculum.”

Legislative actions and attitudes will hit economically as well as socially, she concluded. Many others also anticipate that result. 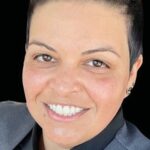 “It makes no sense to me that the Republican Party, which always stood for business and opportunity, has taken a swing way to the right and (hobbled) investment here with this law,” says Rand Hoch, a former judge, the president and founder of the Palm Beach County Human Rights Council, and a mediation attorney.

“A lot of LGBTQ people who own businesses or even just work for them are leaving the state, so it’s having an economic impact people are ignoring. And the negative national attention Florida has gotten is well deserved. But Florida doesn’t need anything that can detract from our economic survival.”

In a widely covered national news story in March and April, The Walt Disney Co. strongly criticized the bill, saying it “should never have passed and never been signed into law. Our goal as a company is for this law to be repealed by the Legislature or struck down in the courts.”

The Disney World resort is the largest single-site employer in the United States, with 77,000 “cast members.”

The day after the Florida governor’s response to Disney, Colorado Gov. Jared Polis invited Disney to move its massive Florida operation lock, stock and barrel to the Centennial State in the Rocky Mountains.

That’s unlikely to happen, but it suggests how deeply Florida’s economics could be affected by the new policies and attitudes. 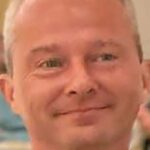 Arlene Goldberg, a real estate advisor with Engel & Völkers in Fort Myers, points to the outcome of official regression on families she knows.

“‘Don’t say gay’ affects the kids totally — they can’t even talk about family, about their parents in school.

“That’s a huge issue. How do parents feel? Don’t they count? They’re humans like everybody else.”

The result of that, she says, is an impact on the region and state. “We have a large (LGBTQ) community in Southwest Florida, it’s kind of underground, so people don’t see us as much. But I’m getting fewer calls (for real estate) from same-sex couples, hardly any referrals anymore — why would they want to move here?”

Ms. Goldberg famously helped bring marriage equality to Florida as a plaintiff in an ACLU class-action lawsuit eight years ago that forced the state to treat same-sex couples like heterosexual couples. Her memoir, “Simple Human Dignity: My Life, My Wife, My Story,” recounts that experience.

“History was made when she and her (late) wife, Carol, became the first same-sex couple to have their New York marriage officially and legally recognized by the state of Florida. Arlene co-founded Visuality in 2011 in Southwest Florida, and Southwest Florida Pride Inc.,” according to an Amazon description of her.

Her colleague, Susan Christiano, formerly president and one of the founders of the Southwest Florida Harmony Chamber of Commerce, points out that the LGBTQ community itself, if not some state legislators, is welcoming.

But she’s not sure they’re taking her advice.

“My kids are grown, but this would be a concern for any parents with school-age children — what are you going to do when a gay couple comes down and puts kids in school? The kids can’t talk about their parents? What kind of push-back would you get with this new legislation?”

That ambivalence — wariness combined with the recognition of a vital and welcoming community — is echoed in other conversations as well, in which the official stiff-arming is countered in some measure by reassuring facts. Analysts using data from the U.S. Census Bureau concluded that “same-sex married couples skew younger, have higher incomes, and are less likely to have dependents,” in a recent www.NameChk.com press release looking at same-sex marriages nationwide, where 1.1% of married couples are of the same-sex.

“When considering states, Nevada, Delaware, Florida, and Massachusetts have the largest proportions of same-sex couples, with 1.7–1.8% of married couples being same-sex.”

Pat Amanadis, owner of La Sorpresa Café in Naples, along with an entertainment business that marries couples, has been untouched by the attitudes of Gov. DeSantis and Republican legislators so far, she says. Which doesn’t mean she’s comfortable with them.

“I’m a gay, married woman, and my business is entertainment, so this hasn’t affected it at all. I marry more straight couples than others. We provide entertainment services for ceremonies, do all formalities at receptions, we have in-house hair and makeup artists, in-house videographers, we do photo-booth services … and nothing DeSantis has said or done has affected my business.”

But she remains ambivalent.

“If I had children, I’d like them to be able to say, ‘My parents are gay.’ It’s our choice on how we do that. I find it hard to understand, ‘Hey, this is how were going to be from now on.’ It’s a sticky subject.”

Michelle Hudson, publisher of the Rainbow Pages, the Southwest Florida Gay Business Directory (www.rainbowpagesswfl.com/business-listings), and co-owner of ActiveData Digital Marketing in Naples, suggests no distinction can be made between the regressive new school rules and the economics of them in Florida.

“You can’t separate these issues from the economic impact. I have been getting more calls lately, a lot of calls, from people moving to the area — a doctor or a lawyer, people from out-of-state. They want to know how gay friendly we are.

“If people don’t want to move here because of what they’ve heard about DeSantis and his record, then it’s going to have a big economic impact.”

She’d like to be out of her job as publisher of the Rainbow Pages, Ms. Hudson says, because that would mean everyone is treated equally under state law and in state government attitudes.

But for now, “Our job is to promote every business or any business that supports equality,” she says. “And for us it goes way beyond gender or sexual orientation.”

There are pockets where regressive mandates don’t matter, perhaps — in Key West, for example, where Kevin Theriault is executive director of the Business Guild.

In his view, the new state policies “in general will affect tourism. But Key West has always been welcoming. I don’t think anybody fears anything here,” he says, referring to discrimination or abusive treatment.

He wishes it could be that way from one end of the peninsula to the other.

“But regardless of how people identify or wherever they’re from — here or abroad — they have mentioned, and they do know what the governor has said. And they feel bad both for the United States and for the state of Florida.”

For Ms. Seaver, the Legislature’s actions also have effects not strictly economic, but personally damaging to many.

“The state has pulled out of the YRBS — the Youth Risk Behavioral Survey of all youth that serves nonprofits who work with them all over the nation. They depend on and rely on this data,” she explained.

The YRBS is a two-year survey of risk for all students, aiming to identify alcohol or drug use in families, or other problems. The last data published, in 2019, showed an increase of 40% in students identifying as LGBTQ, and the 2021 data has not yet been released.

But now that Florida has pulled out, “Youth services relying on that data to get grants to provide free health care for kids in families with trouble can’t do it,” Ms. Seaver says.

“With therapists, the going rate is $150 an hour, so very few can do that without the grants.”

Why did Florida drop this valuable tool to help all kids, in her opinion?

“Because the survey asks if any youth participating in the survey identify as LBGTQ … so do we need more behavioral specialists and counselors for them? School nurses are not specialists.”

Apparently not, if it means somebody might have to mention LGBTQ lives, identifies and realities.

In Ms. Seaver’s view, “The Republican dominated Legislature is against everything: body autonomy, reproductive rights, and they’re pro life but also pro gun, so they’re not protecting the life of kids.”

But she, with many others, remains an optimist, if a sobered one, she says.

“I believe in this country, I believe love is love, I know we’ll prevail,” she said.

“But ideally myself and everybody who works here — we’re the only organization like this in Palm Beach County — my hope is we’ll work ourselves out of a job. My hope is, there wouldn’t be a need for gender support, or for a bereavement group for people who lost their partners and spouses and even children, or for veterans who had to serve during ‘Don’t Ask, Don’t Tell.’”

But we have a long way to go, she concluded. ¦