Sounds of Summer series kicks off June 17 with Dueling Pianos 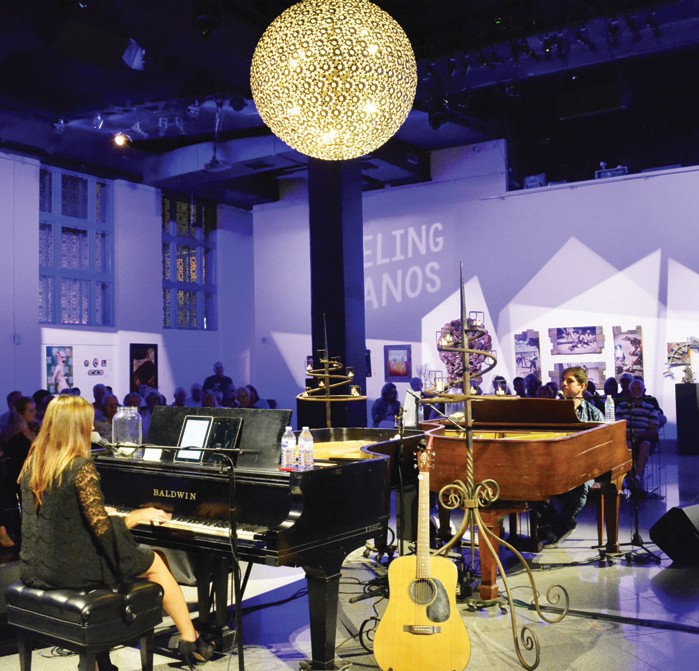 Sounds of Summer is back with another great lineup of performances and talented musicians. The series — taking place June 17, July 15 and Aug. 19 — will feature Dueling Pianos, a Songwriters’ Round with host Sheena Brook, and the Singer-Songwriter Competition to close out the series. The Sidney & Berne Davis Art Center is offering these entertaining summertime opportunities for attendees to get out, have some fun and enjoy some live local music. Doors will open at 6:30 p.m. with performances at 7:30 p.m. Tickets are $10. The Sidney & Berne Davis Art Center is located at 2301 First St. in the historic downtown Fort Myers River District.

The Sounds of Summer series kicks off on June 17 with Dueling Pianos, an interactive musical experience. Dueling Pianos will feature two grand pianos placed back to back in the center of SBDAC’s Grand Atrium with audience seating in the round. Attendees can approach the pianos, suggest a song, and even tip their favorite player a few bucks. Featured pianists Sarah Hadeka and David Rode will take written audience suggestions for the next possible song in their setlist, a fun-filled evening for everyone. The evening will also feature the announcement of the People’s Choice award 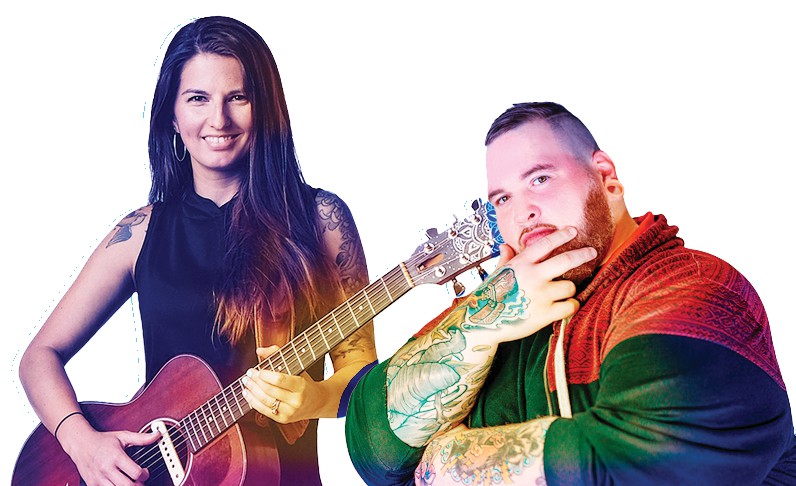 winner for the June Juried Art Exhibition. Don’t miss this exciting first concert in the Sounds of Summer Series.

On July 15, experience an evening with singer/songwriter Sheena Brook and Slim Gillian performing live. Sheena Brook is a mainstream artist with a laid-back style and an energetic and inviting vibe. She appeared on NBC’s Season 12 of “The Voice” where she was hand-picked by Adam Levine. Since appearing there, she has gained the attention of multi-platinum songwriters and other artists to further her creativity in her unique style.

Recently, Ms. Brook became the founder of The F.E.M. (Female Empowering Musicians) Collective, an organization that hosts events to allow the supports of women and provides an outlet for their own special creativity. Slim Gillian is the ultimate “jack-of-all-trades” guy. He has played and formed the popular rock band Fellowbliss, was a founding member of Gypsy Native, and is working on releasing new music for his traditional Irish band The Rowdy Bards. He has also just released a brand new solo EP “Mighty Fine,” available everywhere. This is one epic duo that is a must-see.

On Aug. 19, the popular singer-songwriter competition returns. Songwriters are invited to submit their video for a chance to perform live and win great prizes — and the songwriter entry fee is waived. After each selected songwriter performs, a panel of judges will give feedback and scores to determine the Grand Prize Winner. The audience has a chance to vote for the People’s Choice Winner. The grand prize winner will earn a spot in the lineup at the upcoming Island Hopper Event, plus an opening performance at Sidney’s on the roof, and other goodies. Island Hopper Songwriter Fest is a 10-day music festival in September in Southwest Florida featuring performances by the great singer-songwriters from Nashville and nationwide. See performers play for a chance to win prizes and opportunities to perform at the Island Hopper Songwriter Fest. Gather at SBDAC for the final performance of the Sounds of Summer Series, and support local, original music. Sidney’s rooftop will also be open with a DJ and panoramic 360 degree view of the city and the sunset over the Caloosahatchee River. Sounds of Summer is sponsored by, iHeart media, Suncoast Beverage, The Irving Luxury Downtown Living, Blu Sushi and Island Hopper Festival. ¦