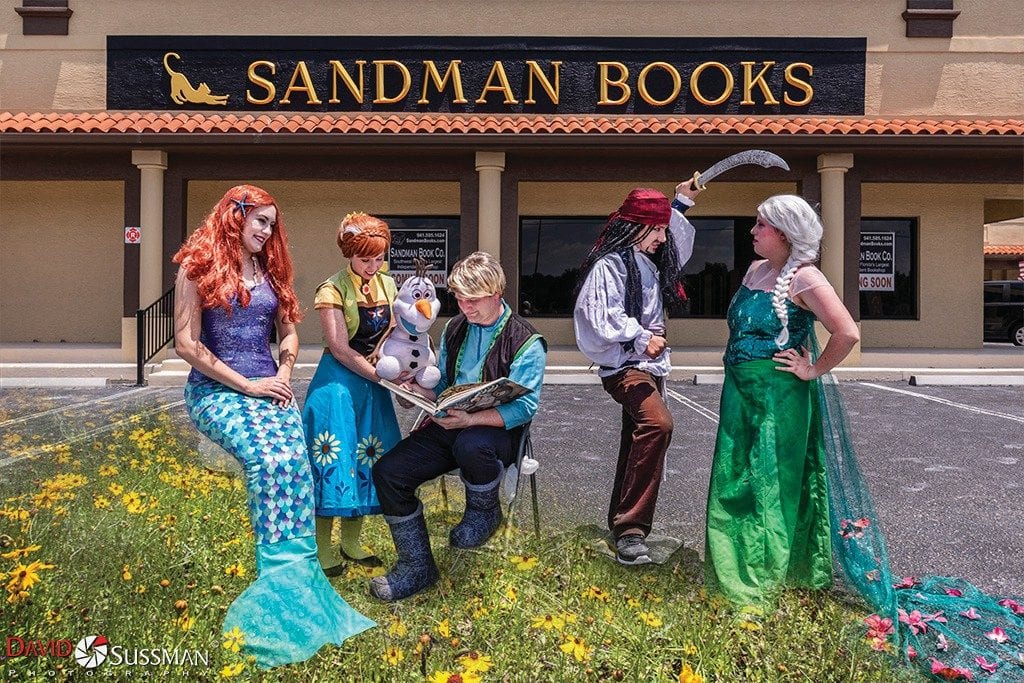 Award-winning costumed characters visit the bookshop for the interactive Story Time events. The adventure begins at 10:30 a.m. Saturday, July 6, and is led by the children’s event coordinator — also known in costume as The Fairy Tale Teller (Doug Coventry). You will meet heroes, fairies, princesses and other characters from the vast world of literature. Cameras are welcome. After the event, guests will have a chance to meet his or her favorite character and have their picture taken. Guests of all ages may wear costumes if they wish. This event is free.

As for the store, Sandman Books’ resident cat, Kitty-Wan Kenobi, presides over a vast inventory of new and used books. Among the more than 5,400 square feet and 158,000 books, you’ll find original art from local artists, rare books, autographed books and many other gifts. The new location hosts a variety of monthly events including Story Time with interactive costumed characters, live music, meet the author days, special sales and a book exchange. The bookshop is also available for private events (weddings, book clubs, etc.) after hours. 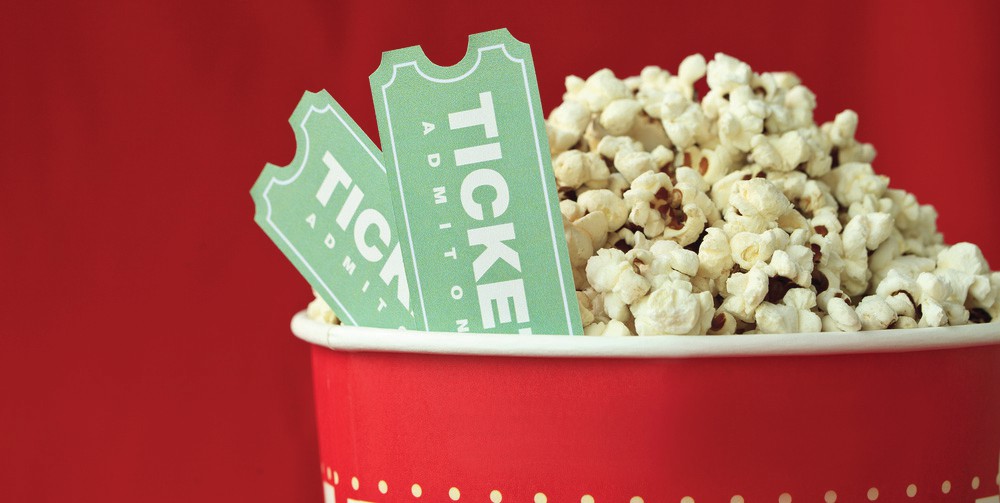 The Charlotte County Florida Historical Society (www.ccflhs.org) will feature “John Nolen: A Man with a Plan,” presented by historian and director of the Venice Museum and Archives, Harry Klinkhamer, as part of the society’s summer lecture series. The event is scheduled for 7-8:30 p.m. Tuesday, July 9, at Wintergarden Presbyterian Church, 18305 Wintergarden Ave., Port Charlotte.

This presentation will look at the life of city planner John Nolen and how the Sunshine State made and broke his career. One of the first city planners in a field not yet created, Nolen left his mark on communities from San Diego, California, to Bristol, Connecticut. But it was Florida where his business and reputation rose, only to be hit head-on by the Florida Land Bust and Great Depression. Almost 100 years later, we can still see his work in places like Venice, and his influence in places like Seaside. 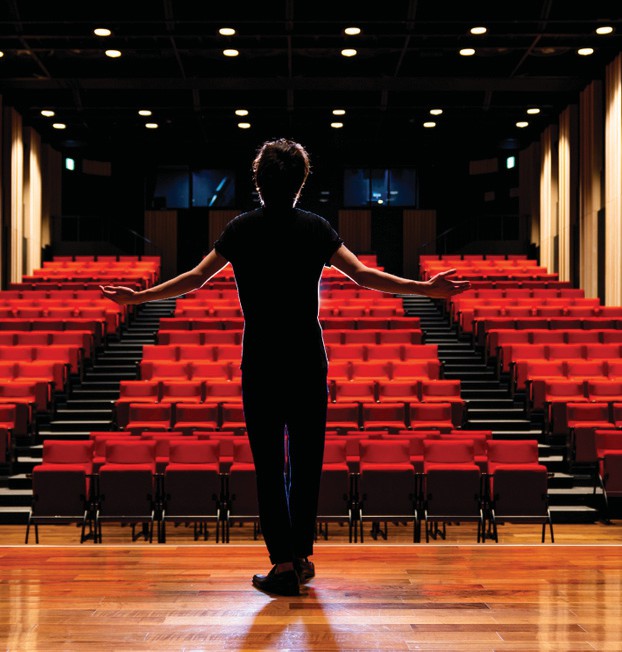 Dinner and movie night at church

New Hope Baptist Church, 2100 Englewood Road, Englewood, will host a dinner and movie night, featuring the film “The Master Designer: The Song” on Friday, July 12. A spaghetti dinner begins at 6:30 p.m., with the screening to follow at 7:30 p.m.

The film is a journey into our created world to discover clues and answers that the animals themselves reveal. Discover the remarkable story of how some of these animals have even changed the course of history. This is a glimpse into the blueprint of creation that reveals a dramatic story — a story of purpose, meaning, significance and, ultimately, love, all crafted by the Master Designer.

Admission to the event is two or more cans of vegetables per person for the church’s food pantry. The public is invited to attend. For more information: 474-7647.

Venice Theatre invites volunteer actors to audition for its 2019-2020 Season productions of “Born Yesterday” and “Hamlet.” Auditions will be held for both shows at 7 p.m. on July 14 and 15 at the theater, 140 West Tampa Ave. on the island in Venice. There will be an additional two days of auditions for “Hamlet” on Aug. 4 and 5.

Shakespeare’s “Hamlet” is part of the theater’s Stage 2 Series in the Pinkerton Theatre. It will run March 27 through April 19. Venice Theatre’s producing executive director, Murray Chase, is directing “Hamlet.” He is holding auditions months in advance to allow time for actors to learn as much as possible about Shakespearean style, language and history.

For more information, perusal scripts, and to sign up for auditions, actors are asked to visit www.venicetheatre.org/audition or may call the theater’s administrative offices at 941-484-4033.

The classic comedy “Born Yesterday” premiered on Broadway in 1946 and was a big screen hit in 1950. 70 years later this hilarious story — about a millionaire and his trophy girlfriend’s designs on Washington — is more relevant than ever. Kollar is casting two women and five men. Comedic timing and a quick wit are essential. Actors do not need to prepare a monologue. They will be asked to read from the script. The three lead roles are:

Harry Brock: Male, 40-50. Brash, crude businessman who began in the junkyard business. Is buying his way into Washington through crooked deals.

Paul Verrall: Male, 30-40. Handsome, quirky, intelligent leading man with sense of humor. He’s a writer who is honest and exposes the hypocrisy of Washington politics.

In William Shakespeare’s tragedy, Danish prince Hamlet discovers that his uncle Claudius murdered his father and took the throne; Hamlet’s mother has married the usurper. This action-packed interpretation will have audiences on the edge of their seats. Mr. Chase will hear monologues if actors have them ready. If not, one will be provided. He is casting 10-12 people, with lots of double-role playing — even triple. Rehearsals will begin in early fall with periodic calls. The cast will rehearse a minimum of 10 full weeks in winter/spring.

“Those auditioning will need to take their commitments into account,” Mr. Chase said. “No one is encouraged to audition without having freshly read — or seen, live or film — the play.”

For more information, perusal scripts, and to sign up for auditions actors should go to www.venicestage.com/audition or call the theater’s administrative offices at 484-4033.

A free painting class will be offered from 10:30 a.m.-2:30 p.m. Monday, July 15, in the fellowship hall of New Hope Baptist Church, 2100 Englewood Road, Englewood. An accomplished artist will lead the class. You will receive instruction on technique, blending, etc. This is mostly an acrylic class. All materials are provided.

To attend, you must register by calling 474-7647 so there will be enough materials on hand for everyone. Feel free to bring a sack lunch or snack. Bring a friend with whom you can find your inner artist. ¦