Some of the states that have gone to permit-less carry allow gun owners to both conceal carry or open carry their weapons. Open carry means carrying in plain sight. The U.S. Concealed Carry Association says:

“Constitutional carry means that the state’s law does not prohibit citizens who can legally possess a firearm from carrying handguns (openly and/or in a concealed manner) thus no state permit is required.”

Florida currently bans open carry. It’s unclear whether Gov. Ron DeSantis would also be in favor of considering the open carry of weapons without a permit, or just ending concealed carry permits.

When asked whether permit-less open carry could also be considered or whether the governor will call for a special session to address permit-less concealed carry, assistant press secretary Bryan Griffin simply referred back to statements Gov. DeSantis made at an April 29 press conference. “When we have more details to share, we will be glad to do so,” Mr. Griffin said. As of press time, no new details were released. 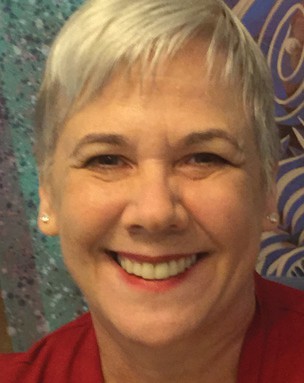 On April 29, Gov. DeSantis said: “Well, the one thing that I wanted the Legislature to do, and I think we will do it. I can’t tell you exactly when, but I am pretty confident that I will be able to sign constitutional carry into law. We used to be a leader on the Second Amendment. Now there’s like 25 states that have already done it… And so … the Legislature will get it done. I can’t tell you if it’s going be next week, six months, but I can tell you that before I am done as governor, we will have a signature on that bill.”

Those interviewed for this story believe any proposed law would focus on concealed carry without a permit rather than open carry.

But the issue is open.

“We have not seen a new bill,” said Patricia Brigham, president of Prevent Gun Violence Florida. “At this point in time, we’re talking about concealed permit less carry.” 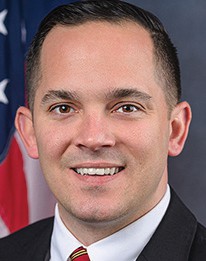 Her organization is preparing in case the governor places the issue in special legislative session. “It’s a wild card right now, but it’s entirely possible based on what we’re hearing,” she said. The governor could also wait until next year’s legislative session, Ms. Brigham said. “But we’ve got to be ready and we’re coalition-building and we are prepared to fight, because we believe that this is very bad policy and would open the door to even more bad gun policy in Florida.”

“Now, depending on what the new bill is, I don’t know if they’re going to make that open (carry),” Ms. Brigham said. “I certainly hope not. That would make it even worse.”

State Rep. Anthony Sabatini, R-Howey-in-the-Hills, has already tried in the last three legislative sessions to pass a permit-less carry bill and failed to get it out of committee each time. The latest bill, HB 103, proposed in the 2022 session, called for both open and concealed carry without a permit.

If Gov. DeSantis has expressed support for permit-less concealed carry, why didn’t any of his bills see the light of day on the floor of the Legislature?

“It’s painfully obvious,” Rep. Sabatini said. The Republican leadership personally blocked the bill as being too controversial, he said. “Now that the governor decided he wants it passed, because they are cowards and fear the governor, they changed their tune.”

Florida Senate President Wilton Simpson now says he will support constitutional, or permit-less carry. He is previously known for championing the Marjory Stoneman Douglas High School Public Safety Act in the wake of the 2018 massacre of 17 students and teachers there. He has also claimed in previous campaign literature that he wrote the bill.

He is currently running for commissioner of the state Department of Agriculture and Consumer Services, which oversees the concealed weapons permit program.

Instead, Katherine Betta, his deputy chief of staff for communications, referred to a statement Sen. Simpson has provided to the media as far back as six months ago.

“President Simpson is unwavering in his support for the Second Amendment rights of law-abiding Floridians, as evidenced by his A rating from the NRA, which he has earned over a decade of service in the Senate by sponsoring and supporting legislation that protects our constitutional right to keep and bear arms.”

Rep. Sabatini had also proposed another bill, HB 6007, which would have allowed for carrying a weapon or firearm, openly or concealed, in a college campus or university facility. That bill also failed.

Rep. Sabatini said he had “a very good feeling” that the governor would call for addressing the permit-less carry issue in a special session. ¦