Johnny Mathis at 84: “I love the opportunity to sing” 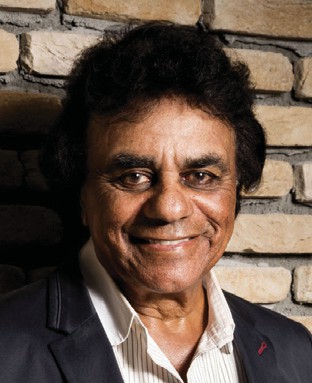 When he was 19, Johnny Mathis was on his way to being signed to Columbia Records. That was in 1955.

Last September, Mathis turned 84. He’s still signed to Columbia Records, still recording and still and still touring — the legendary Voice of Romance out singing his hits for generations of fans.

So what keeps him going for more than 60 years?

“My interest has never waned,” Mathis said in a recent phone interview. “But I think a few things fell into probably have drawn it out for so long. I was an athlete as a kid so all my life I have been going to the gym and trying to stay fit, which helps a singer. I still work out five days a week with a trainer. Mentally, I’ve always kind of been open, when I started out I started studying with an opera singer, so I have lots of variations to keep my attention and just a lot of luck as far as my health is concerned.”

Any thoughts on why you’re still able to sing the vast majority of your extensive catalog and sing it well?

“I think it’s just good luck,” he said. “Over the years, I’ve admired so many singers along the way and so many of them now don’t sing or can’t sing. I’m still singing. I think it’s a bit of luck and, when I started, my voice teacher taught me some things and said ‘you do this well and you’ll be able to do this for the rest of your life.’”

And Mathis still loves to perform.

“I love the opportunity to sing in front of people,” Mathis said. “I’ve always felt that way. I’ve been singing since I was a little kid. My father was my biggest fan. He’s the reason I’m a singer.”

“She was quite a wonderful singer herself,’ Mathis said. “Along with her paid students, she had about four other people she was teaching for free. I was fortunate to be one of them. She thought maybe I had something I could make a career of.”

While he was studying voice, Mathis was also a star athlete at San Francisco’s George Washington High School.

“I was in track and field. I was a high jumper and a hurdler,” Mathis said. “I was also on the basketball team. It was just something that kids did when they didn’t have any money. We certainly didn’t. My mom and dad raised seven kids on domestics’ wages. Everything I did then had to do with school, even the music. That was always the catalyst for my singing.”

In fact, athletics appeared to be at the heart of Mathis’ future when he enrolled at San Francisco State College (now San Francisco State University) in 1954 with the intention of being an English and physical education teacher. While there, he set a high jump record of 6 feet 5½ inches and shared headlines with his SFSC high jumper, Bill Russell, who, of course, went on to be an NBA legend.

Musical fate, however, intervened when a fellow student brought Mathis to the Black Hawk nightclub where, after hearing him, the club owner, Helen Noga, wanted to manage the young singer. In 1955, she convinced the A&R head of Columbia Records jazz division to hear Mathis — who immediately wanted to sign him.

So Mathis gave up his chance to be a high jumper on 1956 U.S. Olympic team and traveled to New York where he made his first album in 1956, beginning what is now the longest relationship between Columbia and any of its artists.

“I got with a copacetic, sympathetic record company, Columbia Records,” he said. “This is 60 years and more I’ve been with Columbia Records. Even though the hierarchy of the company has changes, I’ve been able to keep my head above water as far as sales are concerned. That’s what the company cares about.”

Mathis has consistently toured over the last 60 years. But he wasn’t always playing plush theaters.

“Years and years ago, all by myself, I sang in these tiny, tiny situations,” he said. “I’d even sing in schools. I’d go sing when they had assemblies. I’d show up. They didn’t have to pay me anything, so why not?”

Mathis, then and now, wasn’t singing rock ‘n’ roll, soul or R&B. Rather, he became a master of often romantic pop.

“Mostly I was concerned with popular songs, songs that would be popular today, tomorrow and the next day,” he said. “Fortunately, I found a lot of those songs. It’s a little different now. Kids are the ones who buy the records, their likes and dislikes change all the time. But you can find them, songs that are popular and are pertinent to an audience.”

Those songs, which date back to his second single in 1956, form the majority of Mathis’s performance — by popular demand.

“They really want those to be part of a performance,” he said. “I sing ‘Misty,’ ‘Chances Are,’ ‘It’s Not for Me to Say.’ They were all my greatest hits. I have one hit that I don’t do, I can’t do. It’s my only number one, “Too Much, Too Little, Too Late,” the duet I did with Denise Williams. She’s a wonderful singer, and she’s working all the time. I can’t bring her out, and so I can’t do the song.”

So is there one song he likes best of all? Or is that like asking a parent to pick their favorite child?

“The one song that has the most wonderful melody is ‘Misty,’” Mathis said. “It’s quite a deal, in the middle part of the song where I sing a very high note out of nowhere. But I like them all. I have to sing them.” ¦

51 responses to “Johnny Mathis at 84: “I love the opportunity to sing””