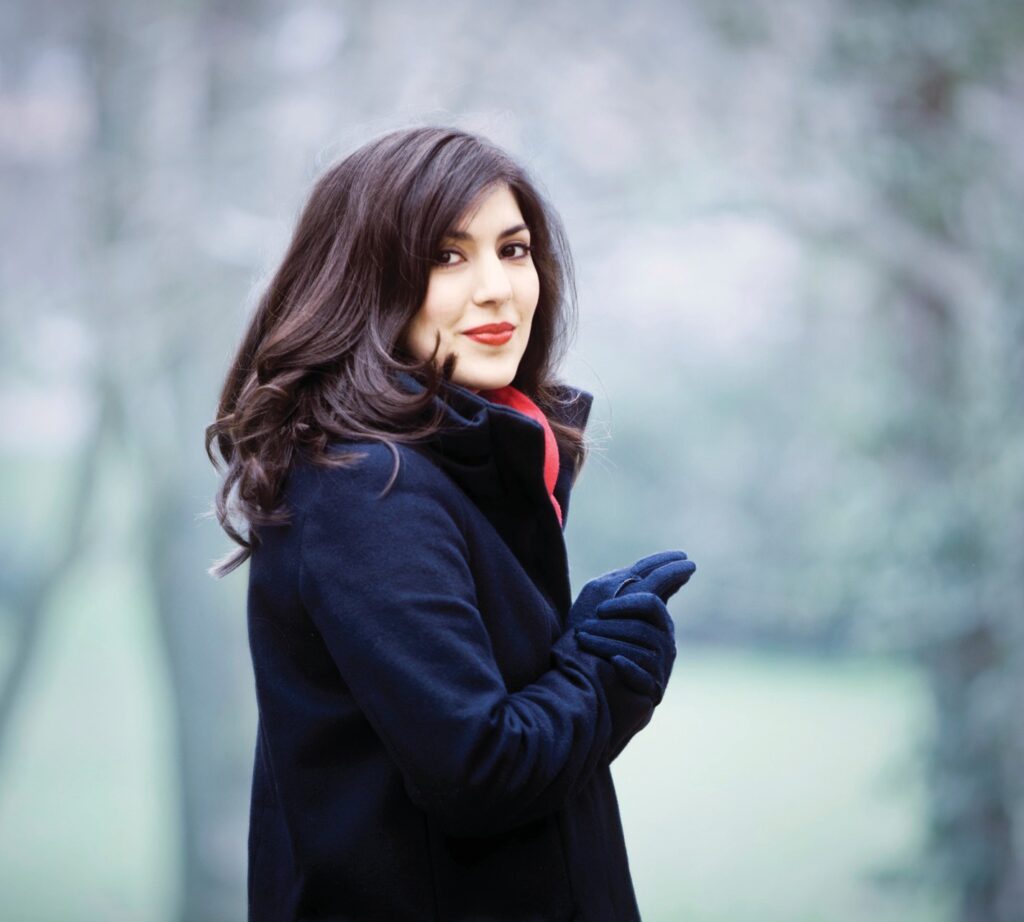 Schaghajegh Nosrati says she loves the “mixture of clarity and warmth” of Bach’s music. COURTESY PHOTO

“When I was a child, I wasn’t so aware of the complexity of Bach’s music, but its beauty attracted me from the very beginning,” said German-born Iranian pianist Schaghajegh Nosrati. “Later I discovered how well made the music is, with incredible craft and structure. It’s so fascinating that I never get tired of it. It’s something you can spend your whole life on and it’s still not enough. I wish I had more lifetime!”

The 32-year-old, who is known for her Bach interpretations, recently released a recording of Bach’s Partitas BWV 825-830, the first of which will begin her Grand Piano Series program at the Gulf Theater in the Military Heritage Museum in Punta Gorda.

“What I love about Bach’s music is this particular mixture of clarity and warmth … light and shade, hope and doubt, spirituality and worldliness,” Ms. Nosrati said. “And it’s this ambivalence which, I think, gives his music its great humanity.”

On the program will be Bach’s Partita No. 1 in B flat major BWV 825, Schumann’s 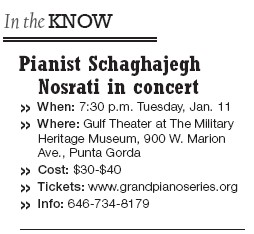 Ms. Nosrati said she spends a lot of time creating the program because she feels the pieces have to be connected in some way.

“In this program, too, all the pieces are connected to nature or have a pastoral character,” she said.

Ms. Nosrati’s older brother, who also plays piano, was the first to recognize her ability at the instrument — when she was only 4.

“He was the first one who said I was talented,” she said. “My parents took it seriously and looked for a teacher for me. So I knew very early that I would follow this path.”

Eventually she entered Hochschule für Musik und Theater Hannover (where she is now a faculty member) at the age of 18.

In 2014, Ms. Nosrati was an award winner at the Leipzig International Bach Competition — with an international career marked not only by prizes at national and international piano competitions, but also by highly praised performances at prestigious worldwide venues.

Ms. Nosrati has joined both Hochschule für Musik und Theater Hannover and the Barenboim-Said-Academy in Berlin as a faculty member. Her teachers include Ewa Kupiec and Sir András Schiff, who have become mentors and frequent artistic partners.

When asked what she’d learned working with Sir Schiff as his teaching assistant since 2020, she said, “Only a generous character can produce generous art. By that I mean that an artist doesn’t just play well and know a lot, but also should be open to other people, their feelings and needs. If you have that in your character, it somehow shows up in the sensitivity of your playing.” ¦