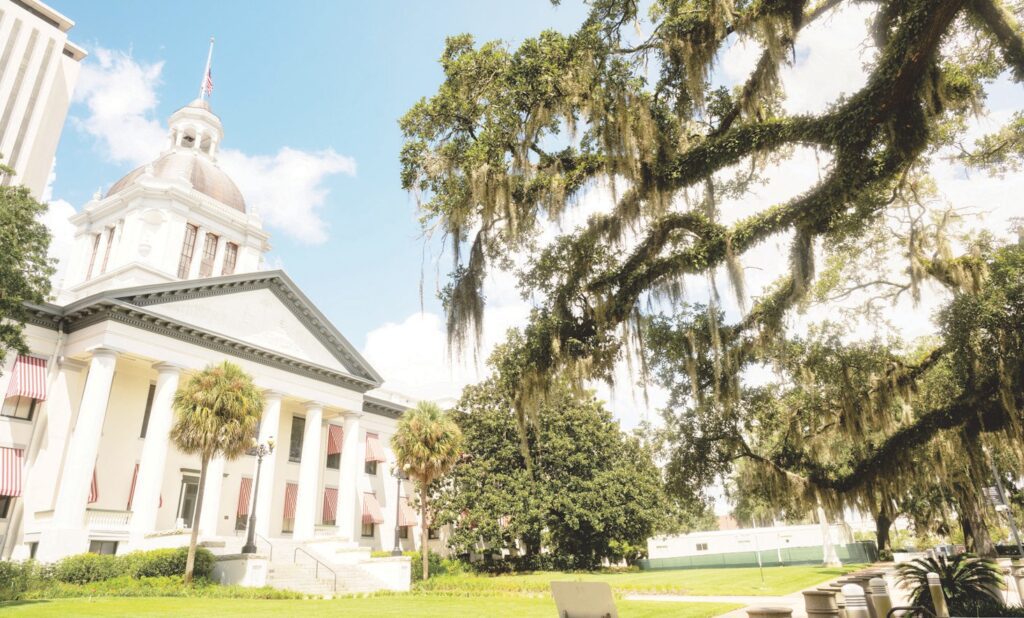 Gov. Ron DeSantis vetoed a controversial measure last week, tied to Everglades restoration that even after being watered down during the legislative session, continued to draw concerns about potential wetlands destruction.

Senate President Wilton Simpson, R-Trilby, pushed to pass the bill (SB 2508) during the session that ended in March. Gov. DeSantis criticized an initial version, leading lawmakers to rework part of the bill dealing with a massive Everglades reservoir project.

But in vetoing the measure, Gov. DeSantis expressed concerns it could still hinder Everglades restoration work he has supported since taking office in 2019.

“We want to continue going on the path that we set out in January of 2019. And we don’t want anything to derail us from that,” Gov. DeSantis said during an appearance at Doc Ford’s Rum Bar & Grille in Fort Myers Beach. “There was a lot of people that put a lot of good input in. Very, very passionate folks. We hear you, and we’re going to continue on the course that we started a little over three years ago.”

In a veto letter, Gov. DeSantis said the measure could have stalled Everglades restoration.

“While the bill that was ultimately passed by the Legislature is an improvement over what was initially filed, SB 2508 still creates unnecessary and redundant regulatory hurdles which may compromise the timely execution and implementation of Everglades restoration projects, water control plans and regulation schedules,” Gov. DeSantis wrote in the letter submitted to Secretary of State Cord Byrd.

Gov. DeSantis injected himself into the debate after the bill was filed, saying the state needed to prioritize money for the reservoir.

Senators maintained that critics misunderstood the bill and that the reservoir wouldn’t receive less priority. Still, they responded to the criticism by rewriting the bill to more plainly say that lawmakers weren’t revising Lake Okeechobee water-release schedules or cutting funds for the reservoir.

The reservoir was approved in 2017, in part, to help reduce releases of contaminated water from Lake Okeechobee into the St. Lucie and Caloosahatchee estuaries, which have struggled in recent years with problems such as toxic algae. The reservoir also is planned to help move water south into the Everglades.

Additional changes to the bill, approved during budget talks between the Senate and House, provided more oversight to Gov. DeSantis and the Legislature about directives given to the South Florida Water Management District on the management of water in Lake Okeechobee.

Environmental groups, however, continued to express concern the bill would fast-tract wetlands destruction. The bill would have allowed the Department of Environmental Protection to enter contracts with public entities, including utilities, to expedite environmental-resource permits or to pay into a state fund for the work.

Two weeks ago, Audubon Florida sent out a final appeal for a veto, contending that while the bill was “much improved before passage, it still creates unnecessary bureaucracy for Everglades restoration and undermines Florida Forever, the state’s land conservation program.”

After the veto was announced, Jonathan Webber, legislative and political director for the group Florida Conservation Voters, said in a statement he hopes “this will be a signal to lawmakers to stop using legislative tricks to sneak harmful environmental policy past the Florida public.”

The Florida Wildlife Federation issued a statement that said “vetoing this bad bill is necessary for the restoration of the Everglades and protecting the quality of our water.”

But the veto also drew criticism.

Ryan Rossi, director of the South Florida Water Coalition, said the veto was based on “narrow, inaccurate concerns.”

“By vetoing this legislation, Gov. DeSantis has disappointed the more than seven million people in South Florida that depend on a stable supply of fresh water from Lake Okeechobee,” Mr. Rossi said in the statement.

Gov. DeSantis was joined at the Fort Myers Beach appearance by opponents of the bill.