FM awards “Calendar Girls,” along with seven other films 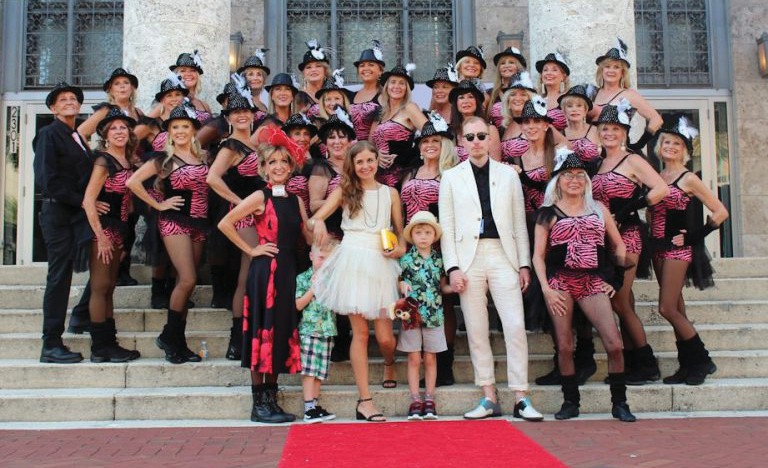 Swedish filmmakers and directors Maria Loohufvud and Love Martinsen at the Fort Myers Film Festival with the Calendar Girls. They won best doc for their film “Calendar Girls.” COURTESY PHOTO

In the champagne awards ceremony concluding the 12th annual Fort Myers Film Festival on Sunday, May 22, the Festival selected “Calendar Girls” as this year’s best documentary. The film takes a look at a group of Southwest Florida senior volunteer dancers who are determined to prove that age is just a number.

Swedish filmmakers and directors Maria Loohufvud and Love Martinsen worked closely with the Calendar Girls for more than two years to produce the life-affirming, feel-good documentary that shakes up the outdated image of what it means to be an “old lady.” The film debuted in January at the 2022 Sundance Film Festival, where the official selection was screened virtually. Soon after, Juno Films purchased the film’s distribution rights and expects to roll it out internationally in July. But the Fort Myers Film Festival was among the very first venues in the nation to see the documentary before its official release, which will be later this summer. The opening night screening sold out and a supplemental showing on Sunday afternoon drew a near-sell-out crowd as well. 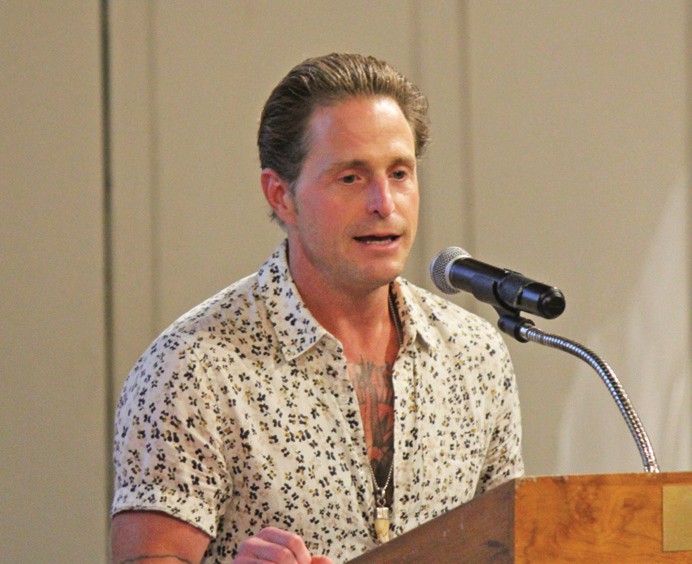 The Calendar Girls attended and performed at the opening night screening, and members of the troupe were also on hand for the Sunday screening.

Of the 75 screened, a total of eight films were recognized at the awards ceremony during the 12th annual Fort Myers Film Festival. They include:

Best Environmental Film: “Everyone in Between”

A collaboration by the Captains for Clean Water, Trout Unlimited and Bonefish & Tarpon Trust, the film explores the value and wonder of Florida’s Everglades and Alaska’s Bristol Bay fisheries — as well as the threats to both — through the eyes of Captain John Landry. Although they are thousands of miles apart, the two ecosystems have one thing in common: We are in danger of losing both.

“In the Driver’s Seat”

Directed by Ralph Klisiewicz, the drama is centered around an early morning accident between a cyclist, Rick Munoz (“The Artifact, “The History Channel”) and a driver, Luke Daigle (“Collide,” “Chicago PD”) on a cold and snowy Chicago morning. An argument ensues about who was at fault, which exposes a deeper, hidden conflict between the two strong and distinct characters.

Young director Nya Chambless’ film is about a precociously confident homeschooled girl who begins to doubt herself and her social skills in the wake of life changing news.

Directed by Michelle Danner, the action-thriller focuses on a troubled teenager by the name of Aiden who is forced to go undercover and risk his life to bring down a dangerous drug kingpin after being busted for drug possession. The star-studded cast includes Edouard Phillipponnat as the teen and Elisabeth Rohm, Eric Balfour, Jessica Amlee, Nadji Jeter, Kerrie Meddars and Cameron Douglas in his first role in more than a decade.

Written and directed by Pat Mitchell, the film follows a timid young man who chronically suffers from social anxiety. After playing drinking games at a house party, he’s induced to walk his high school crush home through darkened streets and the dimly lighted path down memory lane. The film stars a number of Florida-based and local film actors. Calvin Waldau and Skye Marie Sena turn in captivating performances as Hendry Boyd and his high school crush Natalie Newman. The cast also includes Juan Rodriguez Leon as Ryan, Valeria Di Babbo as Rebecca, Jim Barbour in the role of Mason and Cape Coral’s Drake Alexander Kuhn appears as the Game Master.

The film was written and directed by Tim Ritter, who wowed Fort Myers Film Festival cineastes in 2017 with his film “Moment of Truth,” the first locally produced feature film to appear in the film festival’s history. The film follows a young dinosaur enthusiast whose parents take him on a surprise trip to a prehistoric-themed park but, alas, the trip isn’t the biggest or last surprise the day has in store for him. The film stars Noel Gates (“Echoes,” “Threat Level Zero,” “Between the Lines”) as the mom, Yago Lupi (“A Single’s Guidebook to Love,” “Sincerely P.M.” and “Rap Sh*t”) as Dad and Bryson JonSteele as the boy.

“The Koreshans: Legends and Legacies of Estero’s Urban Pioneers”

Ilene Safron Whitesman’s short documentary depicts the views and teachings of Koreshan founder Cyrus Teed and his efforts to bring disciples, culture and industry to Southwest Florida in the late 19th century. Not only did the Koreshans organize one of the first symphony orchestras in the state, they operated nearly 30 businesses, including a machine shop, general store, bakery, post office and school. Women, in particular, found Teed and his teachings especially appealing because of his view that women were the equals of men and entitled to vote on all matters regarding their governance and daily lives.