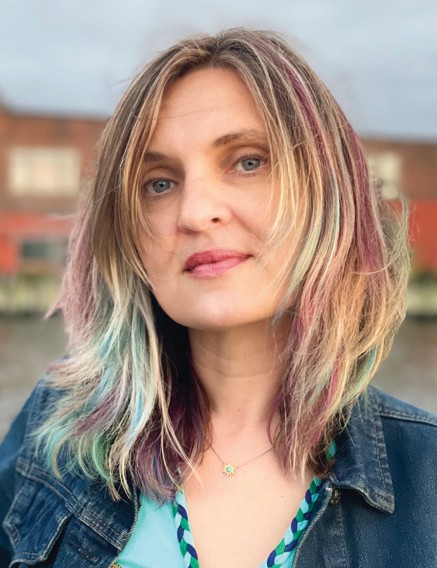 Filmmakers from all over the world are having their films screened at the Fort Myers Film Festival through May 22. For more information, including screening times, see www.fortmyersfilmfestival.com or www.sbdac.com/fort-myers-film-festival/ for tickets.

What is your film about?: “The Long Breakup “is a feature-length documentary about Ukraine’s struggle to escape Russia’s embrace, leave its Soviet past behind and become a truly independent nation. Ukrainian-American journalist Katya Soldak, of Forbes Magazine, now living in New York City, tells the story of her home country as it exits the USSR, works through two revolutions, and endures a war with Russia — all through the eyes of her family and friends in Kharkiv, a large Ukrainian city just 19 miles from the Russian border.

What type of filmmaker are you?: Katya Soldak is a Brooklyn-based journalist, born and raised in Kharkiv, Ukraine. She works as an editorial director for Forbes Magazine, having previously toiled in the world of documentary production at CBS News Productions and various production houses in New York City. She’s produced and directed short documentary films (“The Tunnel Man,” “Swimming Cities by Swoon”) and written cover stories for Forbes about Ukrainian and Russian oligarchs. A Columbia School of Journalism alumna, she’s interviewed high-profile politicians and artists.

Earlier in her career, Katya’s passion for video storytelling brought her and her video camera to numerous interesting places, from rural villages in Tanzania to Ukrainian street protests.

S h e directed her first documentary feature “The Long Breakup,” the story of her family living through the end of the USSR on through Ukraine’s attempts to truly separate from Russia.

What are you watching now?: Anything that is uplifting to take me away from brutal reality.

What projects are you working on now?: I’m contemplating a couple of new projects but not ready to talk about them yet.

Can you tell us what being in FMff means to you?: I’m honored to be part of such a wonderful, intelligent festival and participate in your creative film community. I’m very happy I can share my film with your audience!