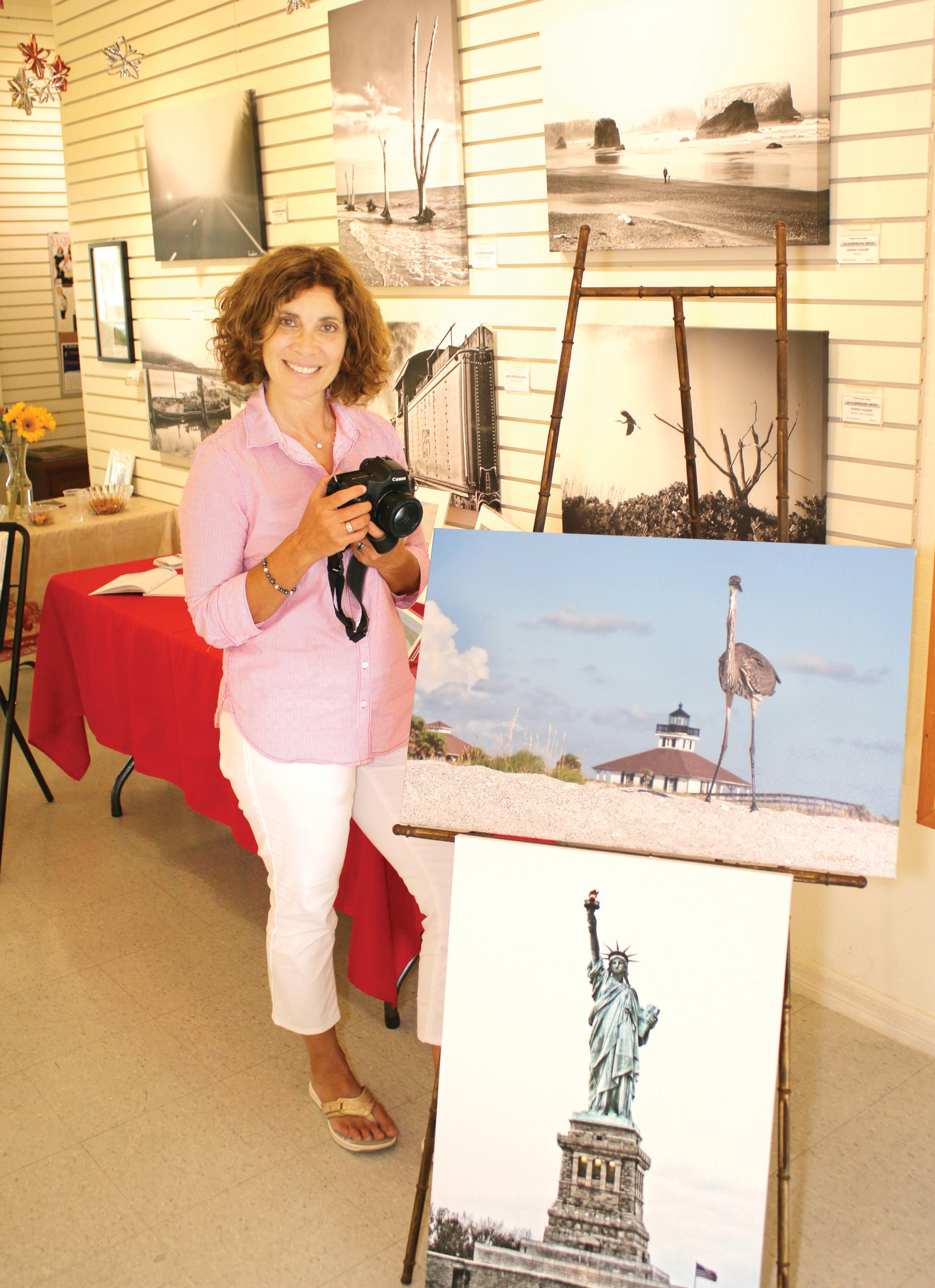 Donna Valenti had the opportunity to show some of her work during a meet-and-greet at the Visual Arts Center.

YOU CAN TAKE A GIRL OUT of the Big Apple, but you can’t take the Big Apple out of the girl. That’s probably why everything about Donna Valenti says “New York.” She emits an energy that’s palpable — like a rush-hour Manhattan cabbie hopped up on “cawfee.”

What Ms. Valenti has … what she developed during her tenure in the big city … is an eye for composition. It immediately caught the noticeor, Eric Raddatz, who featured one of Ms. Valenti’s shots in a special section lauding some of the newspaper’s best photographers. Her talent undoubtedly went a long way in the Visual Arts Center naming her 2016’s Emerging Artist of the Year. 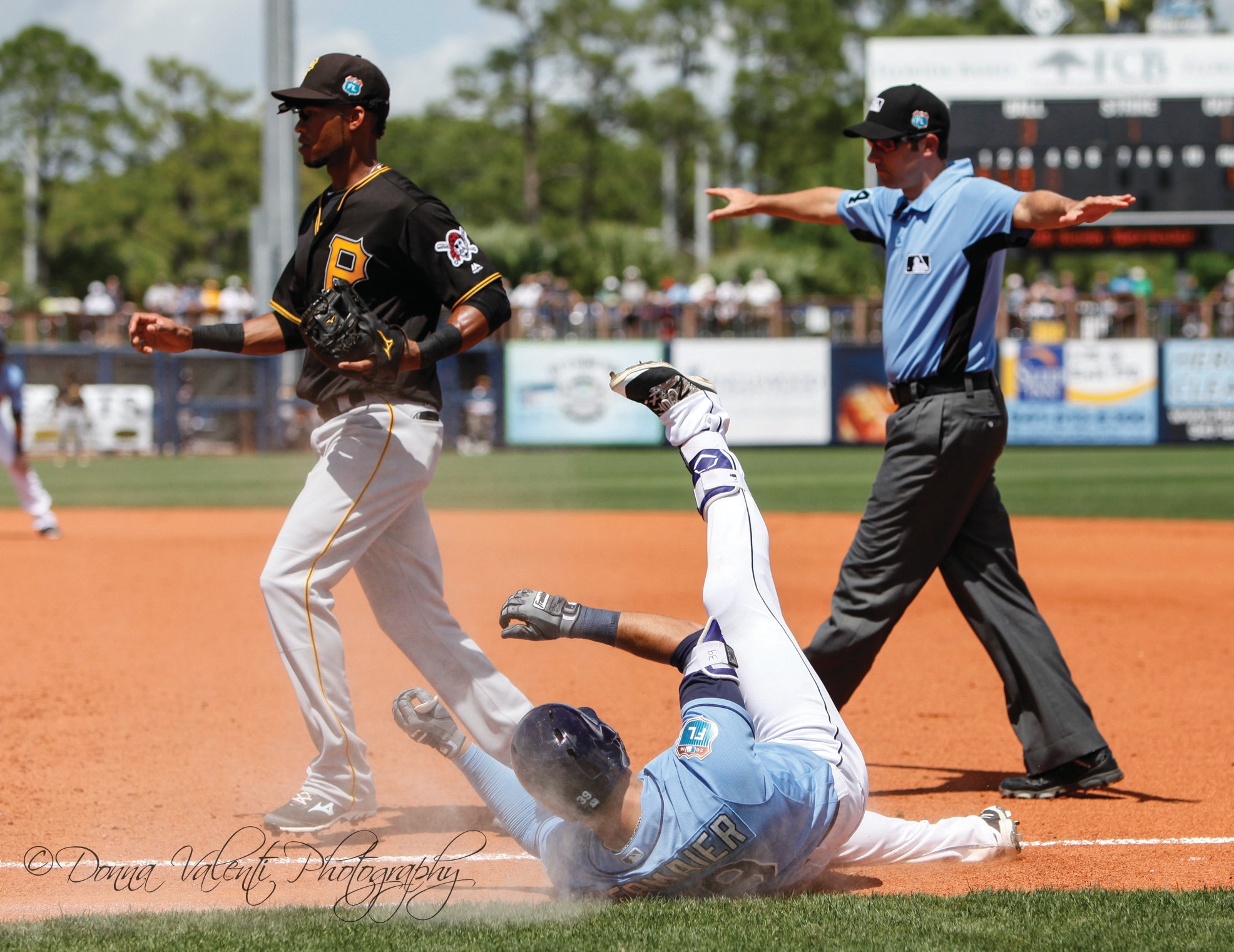 Starting Feb. 3, she will begin teaching a class on photography at the VAC. That her first lesson is titled “Is This Thing On?” not only reflects her personality, but also how she stumbled into professional photography.

Ms. Valenti started her journey with a job at CBS News in New York. It wasn’t a “career,” because a woman’s place was in the home. Or at least, that’s what she was taught to believe.

“At that time, I thought women only had ‘jobs,’ because that’s what I saw growing up,” she said. “Fathers went to work, moms stayed at home and took care of the kids, and sat on the stoop in the afternoon with their girlfriends, and that was basically your life. If you had a job, it was a part-time thing, so I didn’t realize women could have careers.” 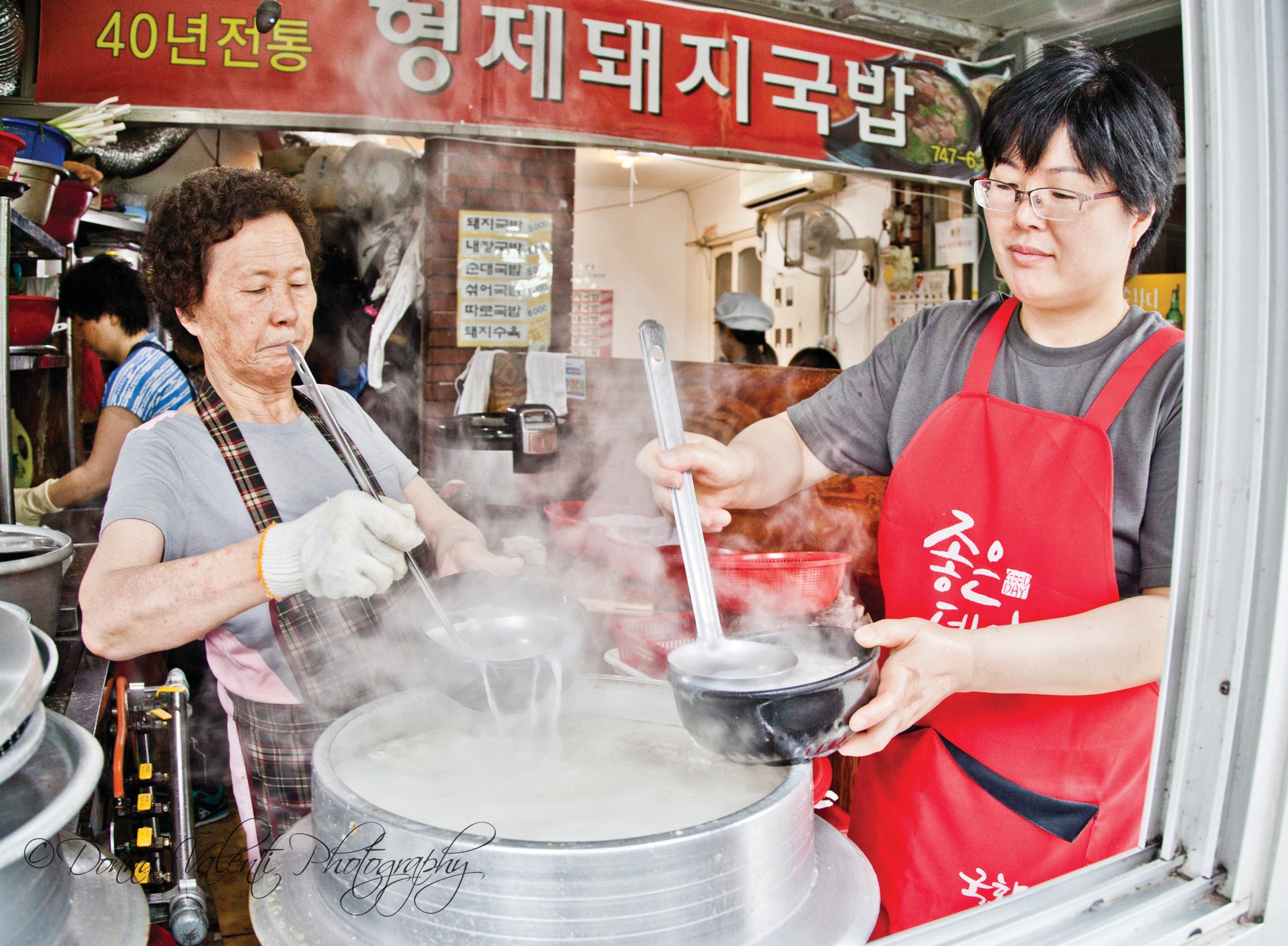 With her newfound liberation came an enthusiastic seven-year stint with CBS. It started with her inauspicious position as a receptionist. Until that one day …

“It was like right out of the movies,” she said animatedly. “One day a producer came flying down the hall like her hair was on fire, and just stopped at my desk and said, ‘You! YOU! How would you like to …’ and rattled off everything she needed for a five-part documentary series that they were just given the green light for — which was the biggest in television documentary news. And her assistant had just quit. So I said, ‘Hmmm, let me think about that — YES!’ That was the start of one-of-the-best-things-that-ever-happened-to-me-in-my-life-careers.” 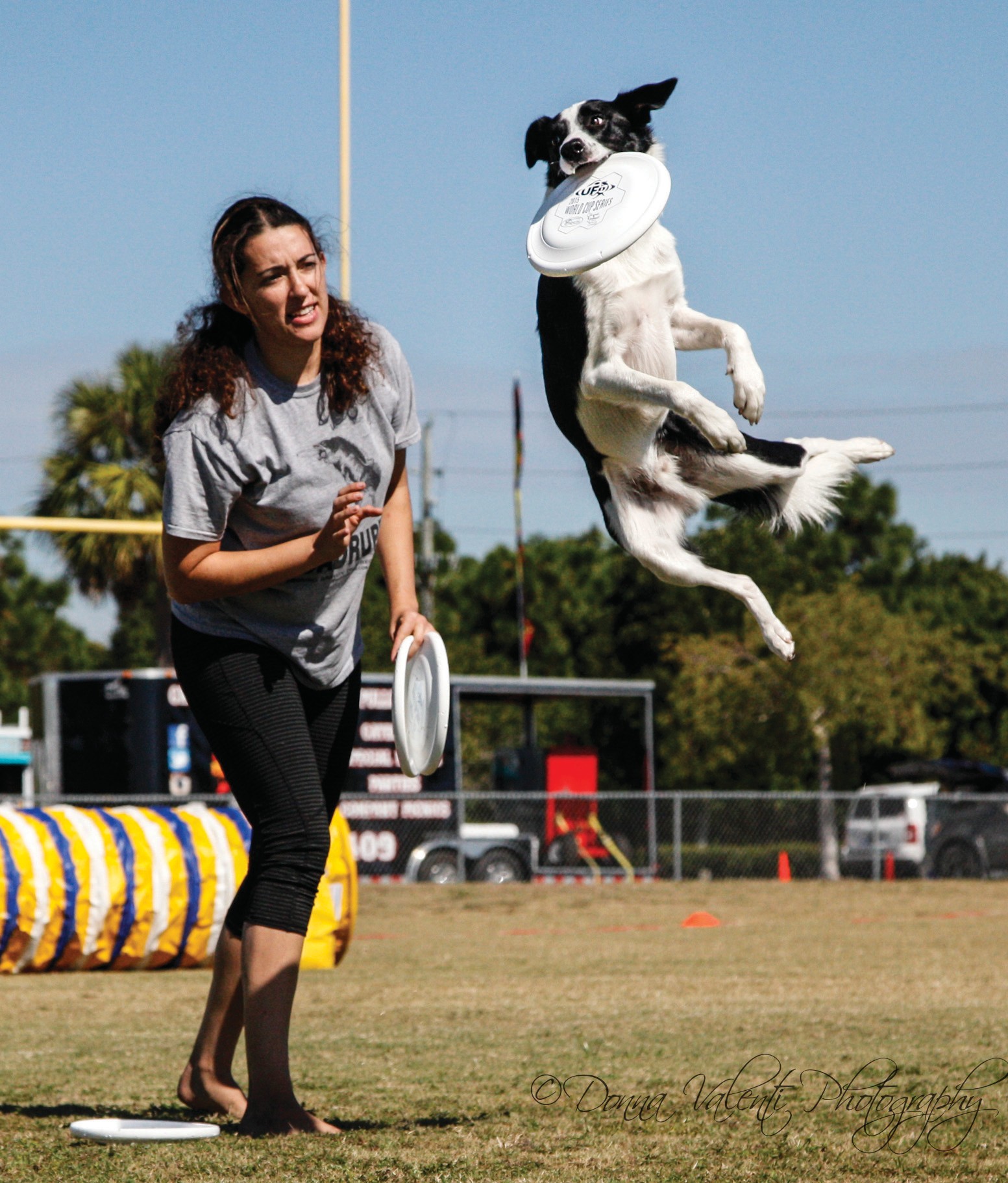 A major layoff at CBS opened the door for an industry she had always wanted to be involved in — music. She started her own company, Dinosaur Productions, becoming a booking agent and manager for eight years. She had to settle on being a boutique operation, because after she got done grooming the fledgling artists in her stable, they were snatched up by major agencies. 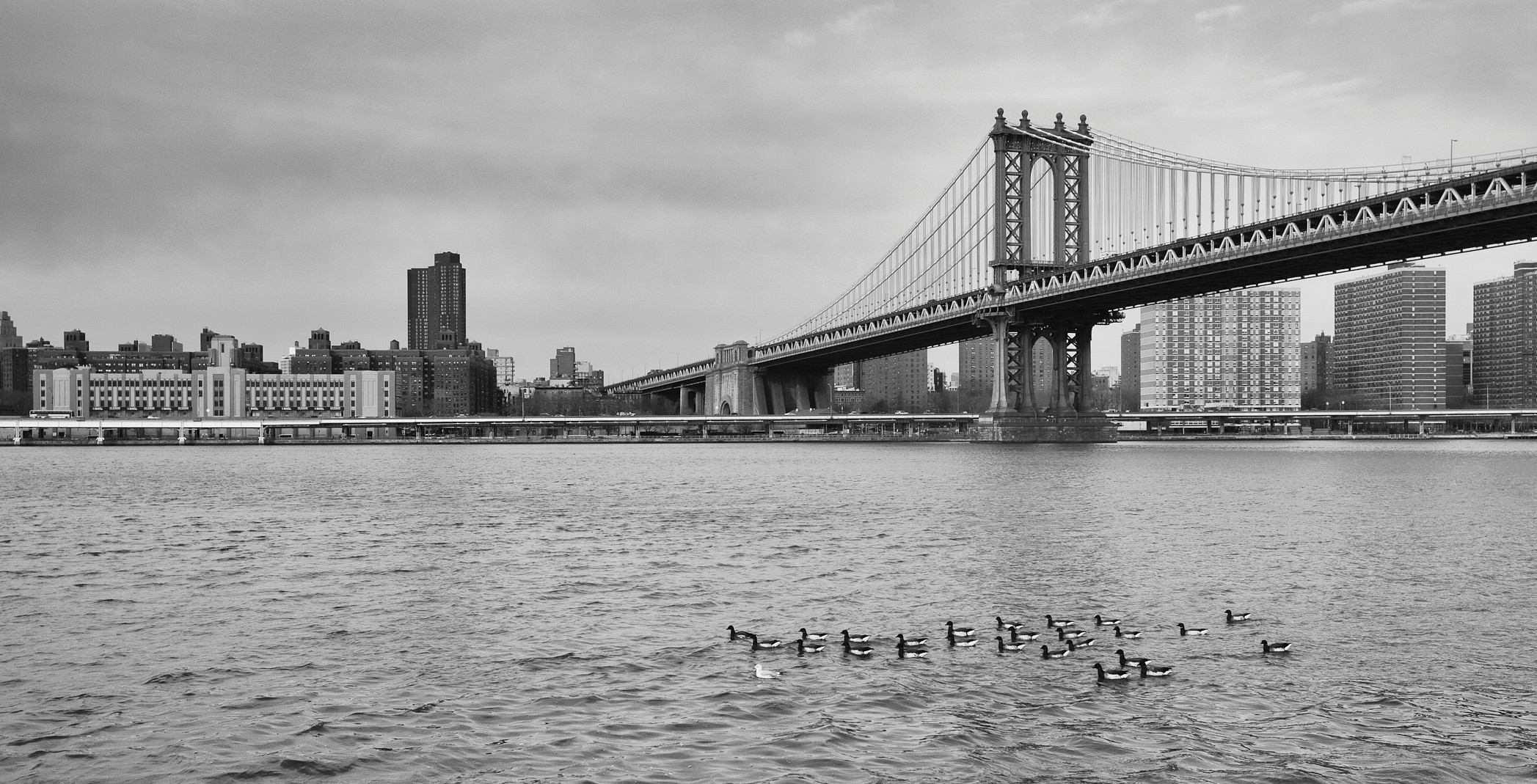 In her decision to move on, she unwittingly stepped into her destiny.

Three words: Madison. Square. Garden. Ms. Valenti found herself back in television editing professional sports —Knicks basketball and Rangers hockey — for the MSG Network. It was during that time she bought her first camera, a humble point-and-shoot.

“I always like to take pictures,” she said, “but I didn’t realize that the different styles I saw actually came with practice and learning. I just thought my camera wouldn’t do it.”

An exciting job. A new camera. And a boyfriend she was crazy about. It seemed as if Ms. Valenti’s life couldn’t get any better than this.

Until her boyfriend broke up with her. Ms. Valenti was devastated.

“I was so depressed about it, but photography took me out of my funk,” she said. “I bought my first good camera, and I started shooting. And it just kept growing from there.

“It’s good to know you can find an outlet to help bring you somewhere else. There’s always light at the end of the tunnel. You find something that can help you focus and pull you away from what’s pulling you down. I was so sure he was ‘it’ that I was so depressed when we broke up. And all it took was somebody to say, ‘Why don’t you come out and shoot with me?’”

Fortunately, she had serendipitous help.

“My training was being fortunate enough to work around some of the best photographers in the business,” she said. “Although they weren’t right next to me, I was able to finagle my way to watch them inside the arena or during other events.”

While freelancing for ESPN, she connected with a videographer — one who wasn’t afraid to hang off a building to get a shot.

“I learned composition from him,” Ms. Valenti said. “I looked at what he did, I studied it, I talked to him. … He’s the one who got me into the meat and potatoes of photography.

“I also have to thank another Garden photographer, Greg Spring, who taught me tons and tons about the ‘rule of thirds’ and composition — who remains a good friend and still critiques me to this day. So I was very fortunate. I don’t have schoolroom training, but I had training with people like that.”

Eventually Ms. Valenti got good enough to start picking up gigs for people who needed photos of events. And then one day, she received an unexpected call — from the boyfriend who had broken her heart.

“We broke up for four years, and then one day he came to his senses, called me up and asked to talk,” Ms. Valenti said. “So if he hadn’t broken up with me, I might have never become a photographer. But guess what? He’s my husband today.”

But that created an entirely new problem.

“My husband is not a New Yorker by any stretch of the imagination,” Ms. Valenti said. “We had a house here (in Charlotte County) and I wanted to see more of my husband, and so I had to make a decision. I wanted my marriage to work, so I divorced the Garden. It was hard. They didn’t do anything wrong. But it has been absolutely worth it.”

The decision also afforded her an opportunity to do something she had wanted to do for a long time — start her own freelance photography business (www.DonnaValentiPhotography.com). Two of her favorite subjects to shoot are sports — no surprise there — and pets.

“I love photographing animals,” Ms. Valenti said. “I love getting down to their level, and just mixing it up with them and getting the look of them just being themselves, playing with the other animals.”

Ms. Valenti said her passion is for photographing subjects that are far from typical.

“One of the things I enjoy doing is shooting in black and white because it’s so dramatic,” she explained. “So I look for something I think can be a dramatic shot. I don’t like doing anything that’s ordinary. I look for things that I think people are going to enjoy. I don’t start out with any game plan. I keep it open and fun, and whatever works, works. I can shoot 300 shots a day, and maybe find 30 I think that work.”

She remains a “people person.” Few things give Ms. Valenti more satisfaction than being told by someone that he or she doesn’t look good in photos, and then taking that “good” photo.

“I don’t take no for an answer,” she said. “That’s how you have to be. You’ll never know if you can make it unless you really push yourself. And I’m a straight shooter. Ha ha.” ¦