Citrus forecast gets boost in down year 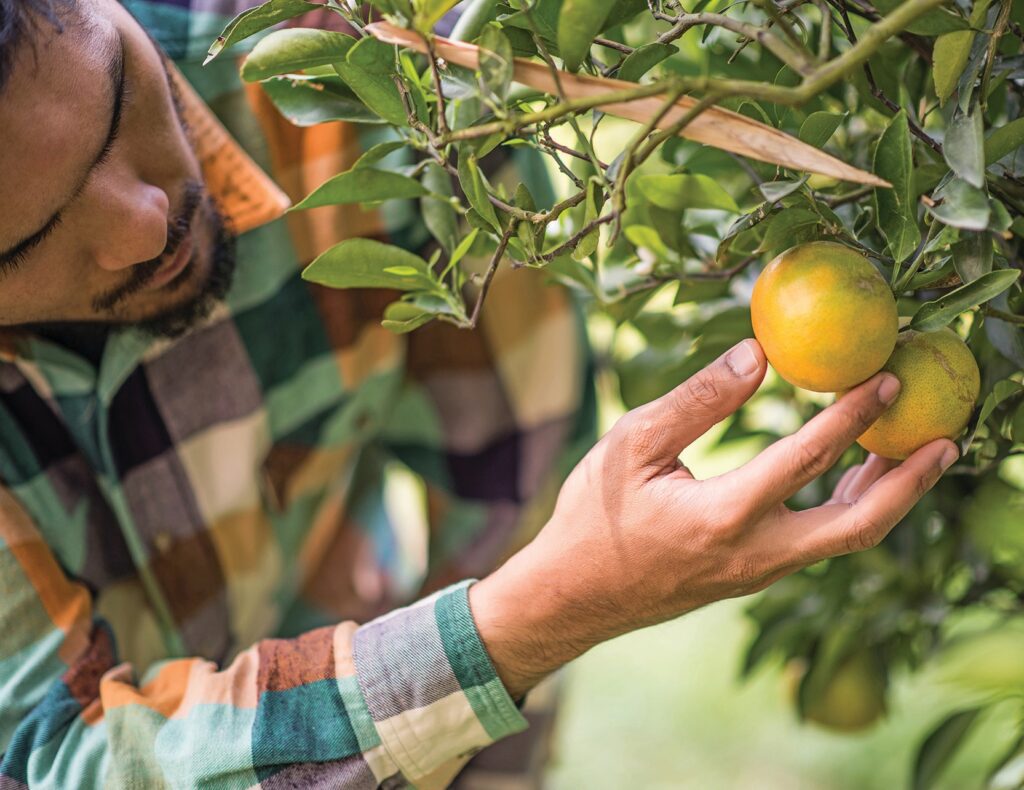 The troubled Florida citrus industry received a little sunshine last week, but the amount of fruit produced this growing season remains far below average and expectations.

The U.S. Department of Agriculture released updated estimates that showed citrus growers are on pace to produce just over 5% more oranges than forecast a month ago. That was the first time the monthly estimate went up this season. Meanwhile, the estimate of grapefruit production was down 5.5% in the new forecast, and the outlook for specialty crops went unchanged.

Overall, the estimates are down more than 14% since the season’s first forecast in October and would result in the lowest harvest in more than eight decades.

Shannon Shepp, executive director of the Florida Department of Citrus, called the increase in the new forecast “something to be proud of.” Among other things, growers had to deal this year with a winter freeze.

“We are nowhere near where we once were, but it is clear there is a vast number of dedicated people working together to figure out what recovery looks like,” Ms. Shepp said in a statement.

The industry has seen production drop for nearly two decades because of residential and commercial development, foreign imports, changes in beverage consumption habits and, since 2005, an incurable bacterial disease known as citrus greening.

Matt Joyner, Florida Citrus Mutual CEO, said in a statement that he hopes the new forecast “is a sign the tide is beginning to turn.”

“We’ve faced many challenges during our five-century history in Florida, and we’ve proven time and time again that we will overcome,” Joyner said. “We’re confident the research that is being done is yielding results and will ultimately lead us to a long-term solution for greening.”

The Fort Myers-based Alico Inc., a large player in the industry, recently reported that production was down from prior years because of increased fruit drop due to disease and the winter freeze.

As part of its quarterly financial results, the company reported a 10.3% decrease in its orange harvest.

“In late January 2022, almost all of the company’s groves, along with many of the other groves in Florida, were impacted by a significant freeze event which adversely impacted our 2021-22 Valencia crop,” the report said. “The company’s early and mid-season crop was substantially harvested before the freeze. The company now believes that there does not appear to be long-term measurable damage to its early and mid-season and Valencia citrus trees.”

Alico also said it accelerated the harvest of its Valencia crop “in order to maximize box production this season” because of the freeze. Amid increased demand from consumers, Alico said it saw a higher perbox price for fruit from October to March.

Consumption of orange juice has increased since the start of the coronavirus pandemic, with an April 9 industry report showing demand was up 7.4% during a 24-week period ending March 26 from a similar period before the pandemic hit in March 2020.

The U.S. Department of Agriculture will issue two more monthly reports showing crop estimates this season. But the industry is looking at a production level not seen since the start of World War II.

The industry is expected to fill 44.4 million industry-standard 90-pound boxes with citrus this season, according to the new forecast. That includes 40.2 million boxes of oranges, 3.4 million boxes of grapefruit and 800,000 boxes of specialty crops.

For an industry that two decades ago produced 230 million boxes of oranges and posted overall citrus production of 287.2 million boxes, the current season would total the smallest amount since 43.995 million boxes were produced in the 1939-1940 season.

Florida lawmakers passed a fiscal year 2022-2023 budget last month that includes $12 million for citrus marketing, $5 million for consumer and influence engagement to promote citrus products, $3 million to research citrus disease, $5 million to conduct plantings to determine steps to increase production of citrus and $2 million for a greenhouse operation where citrus greening tolerant trees and seedlings would be grown. The budget has not been formally sent to Gov. Ron DeSantis, who has line-item veto power. ¦