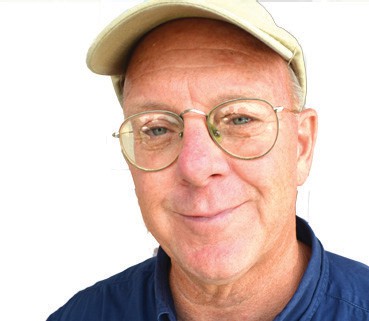 Once again last week I found myself hankering for celebration. We come from a culture that loves the stuff — we’re raised into celebration — so it becomes an addiction of sorts, like salt and sugar, or shopping, or heroin.

You get up in the morning, and if you don’t have to celebrate Mass or don your dress blues or pick up a celebratory award for curing cancer or establishing world peace, you can start to get desperate.

Finding myself between celebrations, therefore — and in a moment of weakness — I went to the National Day Calendar website for a quick fix, thinking I’d get by just with a celebration of the month rather than any particular day.

But the thing immediately tried to take over my life. Right off the bat they give you a photograph of handsome young men and women wearing white sleeveless shirts, thrusting their tanned arms toward heaven and grinning madly like they’d just won the lottery. Across the image you see letters almost the size of the Hollywood sign in Los Angeles forming the words, “CELEBRATE EVERY DAY!”

But you’d have to celebrate twice a day every day just to celebrate the month of May itself, as it turns out — and then you begin to notice the dark side of these celebrations.

Some of them are corrective, like your mother, or medicine. Some are dutiful and politically correct. Some are, well, questionable.

National Asparagus Month proponents point out that, “These delicious spears of the lily family can be enjoyed from breakfast to a bedtime snack.” Sure.

Not only that, but “this vegetable is packed with potassium, which helps to lower blood pressure and the risk of stroke.”

Probably even goes well with ice cream, which doesn’t lower the risk of stroke but does increase the risk of pleasure.

May is “Better Speech and Language Month,” too. Damn. Really?

And it’s “Correct Your Posture Month,” a fact I learned while slumped over a computer. Did you know that “over time, poor posture causes bone and joint issues that places our quality of life at risk,” and even worse, “slouching can be the ground zero issue that if remedied early can save a lot of agony later!”?

I do clearly remember receiving Correct Your Posture instruction every single day, even when it wasn’t May — it was June, July and August, outside, in the South. I didn’t need it, of course, since my mother had already taught me to “sit up straight and keep your elbows off the table,” but I got it, anyway. The instruction was very clear and uncompromising, delivered by men whose comportment and postures were perfect. And if they weren’t perfect nobody would have known because their uniforms were pressed and starched so stiffly they were forced to remain ramrod straight 20 hours out of every 24.

I probably need a corrective course in posture now, but it sure as hell won’t be — sorry. My celebrations of Better Speech and Posture are unlikely to be THIS month, but with any luck there will be a number of future Mays in which to straighten myself out, so to speak.

THIS month, instead, I plan to celebrate several other things of greater importance.

May, after all, is Date Your Mate month, although many people wouldn’t mind if it was Mate your Mate month — but it’s not. This month you date your mate. You can mate your mate next month, if you want to.

“Kick up the romance and celebrate your commitment together,” they suggest. “Whether you committed recently or years ago, spending time keeping a relationship fresh and the intimacy real between two people requires dedication. We can be mindful (yes WE — it takes both to make the partnership work) of our spouse’s needs simply by listening and observing. And if that doesn’t work, ask.”

I wish somebody had told me this earlier.

“Dates can be spontaneous, fun and inexpensive.”

Sure, if you’re barefoot and 16, and you like eating watermelon in a cow pasture together.

But never mind that once upon a time. Fortunately, May is also Older Americans Month, and now we’re cookin’ — which, by the way, is a phrase only older Americans use, or should be allowed to use, because most younger Americans don’t cook, they just eat. Older Americans have been cookin’ since the dawn of time.

We’re gonna have a party tonight with this one, and if you’re the man or woman I think you are, you’ll join us. As it turns out, upwards of 55 million Americans are 65 or older, according to the U.S. Census, and 54.9 million of them live, and try to drive, in Florida.

That’s not quite right. But this is: A good quarter of those Americans live in only three states: Florida, Florida and Florida. Or California, Florida and Texas.

Here in the Sunshine State where 22 million celebratory Floridians grin broadly and throw their arms high toward heaven every day because they live in “paradise,” according to the state Chamber of Commerce, 21.3% of us qualify as “older,” meaning at least 65.

And we know how to celebrate. We’ve also long since learned something a wiser man than I always had pinned to his wall, which is where I’ve picked up most of what I know: You have to get old, but you don’t have to get mature. ¦