A shocking assault on the Supreme Court 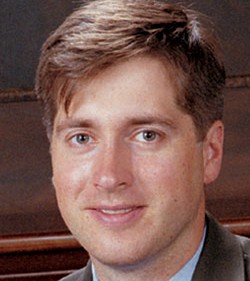 Despite what you might have learned in high school civics, the Supreme Court really only has one role in our system of government — to uphold Roe v. Wade.

That’s the animating sentiment behind the furor over the leak of a Supreme Court opinion drafted for a majority by Justice Samuel Alito overturning the abortion decision.

Left-wing commentators have hailed the shocking leak of the opinion and said that the Court deserves to be burned down and even ended altogether for the offense of finding no constitutional warrant for one of the court’s most controversial and consequential decisions of the last half-century.

The leak, assuming it’s legitimate (there’s little reason to doubt it) and assuming it came from someone on the left of the court (which seems most likely), is a brazen breach of the Court’s rules in an attempt to sabotage its deliberations.

The court has been one of the few institutions in our national life that has managed to maintain a measure of self-respect and integrity. Its oral arguments aren’t televised, which always tempts people to play to the cameras. The arguments are invariably civil and substantive, even if intense — in contrast to what is heard on cable news, social media, or on the floor of Congress. The court has honored confidentiality as it considers a case and justices write and share their opinions with one another.

The leaker, whether a justice, a clerk, or a staffer, clearly intended to engender a huge reaction to try to intimidate a member of the majority into changing his or her mind.

This is how hardball politics work in Congress or in the executive branch, where strategic leaks are the norm and very often no one trusts nobody. It’s completely inimical to the spirit of the Supreme Court, which is supposed to decide its cases as a strict matter of law free of political influence.

Tellingly, almost no one on the left criticized the leak. Instead, many praised it as an act of brave defiance that reflects the gravity of the moment.

This is yet another sign of the hypocrisy of all the Trump-era lectures from progressives about the importance of norms and neutrally applied rules. As soon as a Supreme Court decision might go against them, they abandon all pretense of believing any of that and attempt to bludgeon the court into submission.

The leak, in its own way, brings home how one of the key assumptions in the court’s abortion jurisprudence has been wrong all along. It imagined itself settling once and for all a highly contested social issue. In reality, by attempting to take the issue out of politics, it made the fight over abortion even more divisive, while making itself a political football. Now, the issue that it sought to settle has blown back on the court, perhaps changing how it operates forever.

The leak speaks of the desperation of pro-abortion forces to preserve Roe and its guarantee of a radically pro-abortion regime everywhere in the United States. It doesn’t matter if it requires a breach of trust at the Supreme Court — indeed, for many of them, the court as we know isn’t worth having if it doesn’t uphold Roe.

The leak must fail. The Supreme Court justices in the prospective majority should get 24/7 security in case the intimidation campaign reaches another level. Alito’s opinion, assuming it’s final and speaks for a majority, should be released as soon as possible — to send a message that the court isn’t going to bend to pressure. And everything possible should be done to ferret out and punish the leaker.

The Supreme Court’s loyalty isn’t to Roe, but to the Constitution, and it can show it by issuing the Alito opinion that its critics want to foil by any means necessary. ¦

— Rich Lowry is editor of the National Review.