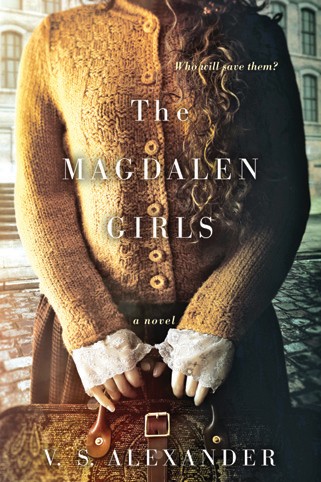 In a way, every book I review in these pages is outstanding, as each one is selected from a much longer list of books crying for attention and in many cases deserving such attention. However, I can only review one book a week in my column. That said, here are an even dozen of my favorite 2017 reads by Florida writers — nine fiction and three nonfiction — for your reading and/or gifting pleasure. You can find the full reviews at www.floridaweekly.com.

¦ “The Magdalen Girls” by V.S. Alexander – Set near Dublin in the 1960s, this unusual novel carefully constructs a powerful vision of religiosity run amok. Its focus is two teenage girls assigned to the Magdalen Laundries at The Sisters of the Holy Redemption Convent. Their parents have assigned their care to the convent, believing that its discipline and Spartan living conditions will bring the young women to faith, responsibility and, eventually, to productive, upright lives. That’s the positive spin on the parents’ motives, which readers will find far less noble. 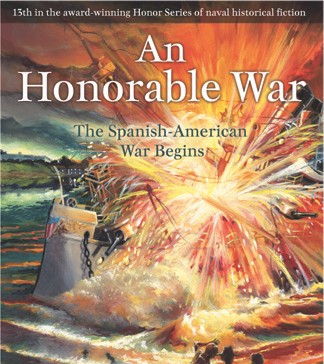 Macomber – How does Mr. Macomber keep doing this? The 13th installment of his splendid Honor Series once again transforms a pile of historical fact into a colorful, well-imagined and highly suspenseful work of entertainment. Captain Peter Wake, assigned to the Office of Naval Intelligence, is no desk-jockey, but a man of action — in this case leading the plan he designed to satisfy the ambitious and often outlandish Theodore Roosevelt, Assistant Secretary of the Navy. The author’s subtitle sets the historical scene: “The Spanish-American War Begins.” This episode, cast as another segment of the memoirs of Peter Wake, launches a three-part trilogy within the burgeoning series. 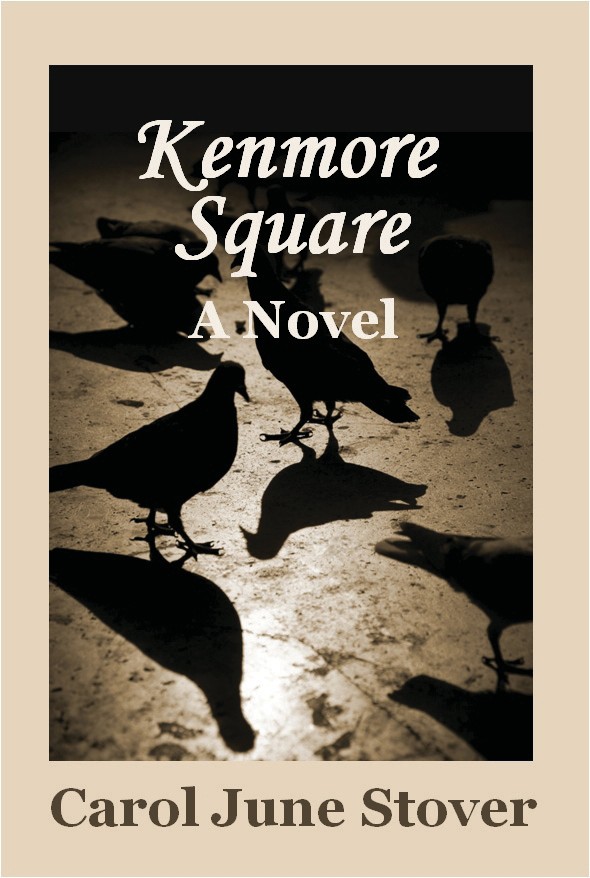 ¦ “Kenmore Square: A Novel” by Carol June Stover – Set in Boston during the 1950s and early 1960s, this curious coming-of-age tale involves unusual characters and several life-altering secrets. Iris Apple’s world is rocked at the age of 10, when her mother is murdered. Iris suspects her crude and cruel father might very well be the murderer, but she has no way of acting on her suspicions. Nick Apple, son of a well-known Boston bookie, runs the Kenmore Square rooming house where the family lives among the down and out boarders. One boarder is very special: the reclusive Madame Charlemagne, an aging cabaret singer whom young Iris assists and consoles, and vice versa. 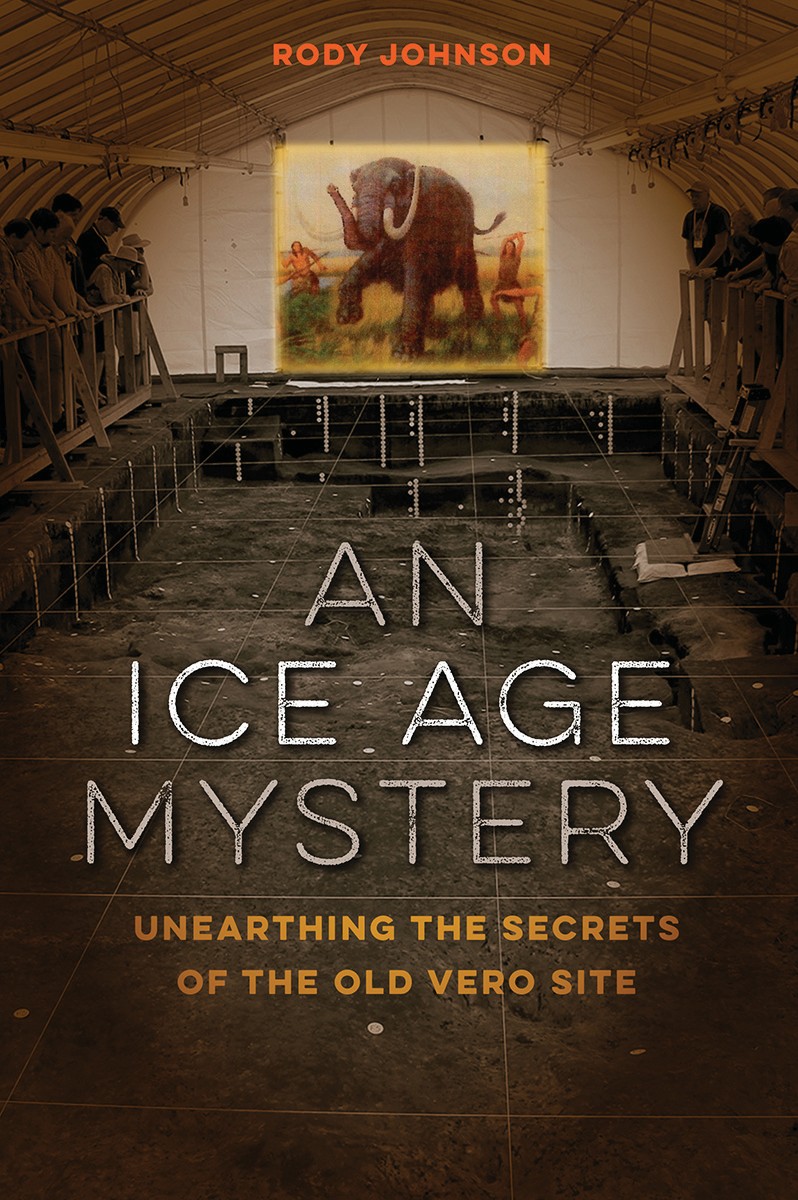 ¦ “The Red Hunter” by Lisa Unger – This delicately constructed thriller explores the distance and proximity between two women whose paths cross in strikingly unusual ways.

¦ “An Ice Age Mystery: Unearthing the Secrets of the Old Vero Site” by Rody Johnson (nonfiction) – For 100 years, the human and other remains of Vero, Fla., have engaged the skills and imagination of professional and amateur archaeologists. Just what was the region like during the Ice Age? What grew there? What were the geological features? Did animals thrive? Did humans leave their marks — and their bones – somewhere in the layers of sediment washed by intruding waters? Why are these questions important? The history of archaeological investigations of “the Old Vero site” is characterized by sporadic periods of accelerated interest and action separated by longer periods of general neglect. 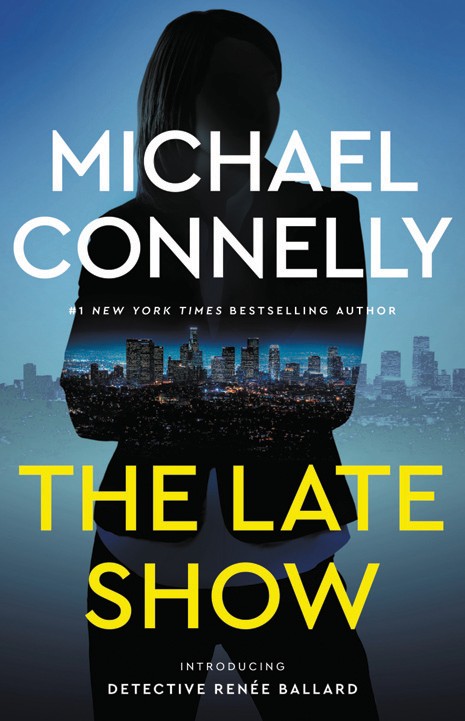 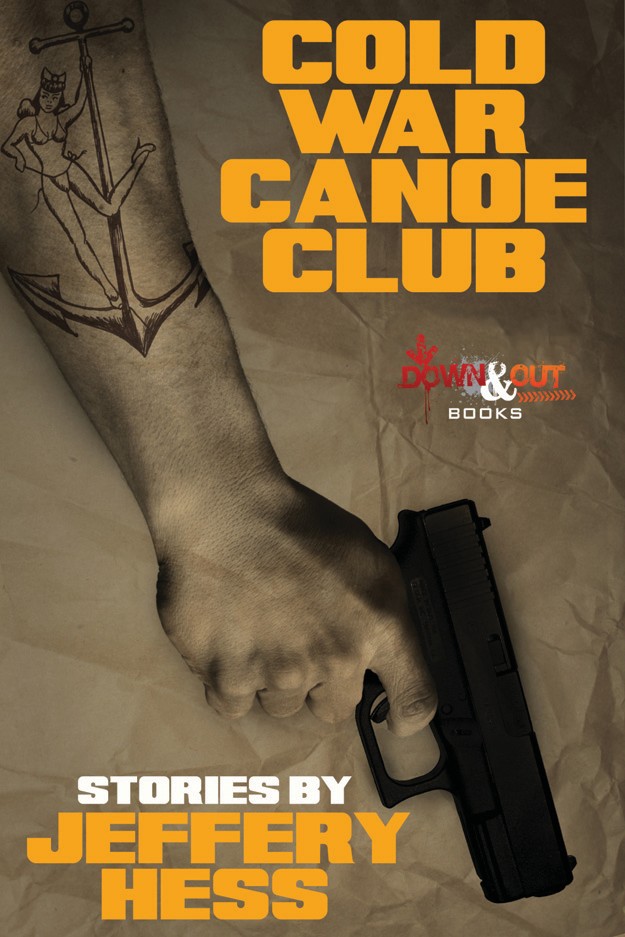 I swooned over Hannah, and now I’ve fallen for Renée as well. Mr. Connelly’s mastery of the police procedural, honed throughout the Bosch series, is put to good use here.

¦ “The Ghost Ship of Brooklyn” by Robert P. Watson (nonfiction) – The author, a professor at Lynn University, makes reading history a totally engaging experience. He does so by choosing unusual and challenging topics, setting them into contexts rich in detail and presenting them in a prose style that is clear, vivid and uncluttered by academic jargon. His latest work of fine storytelling makes historical events shine as if they were today’s news. Readers will care about what happened on HMS Jersey, the major British prison ship during the American Revolution. As he must, Mr. Watson attaches his relatively narrow topic to a few larger concentric circles: prison ships in general; overcrowded British prisons in the colonies and insufficient buildings to repurpose; and the overall Revolutionary War. The book’s spatial focus is New York, particularly Brooklyn waterways, and New England. 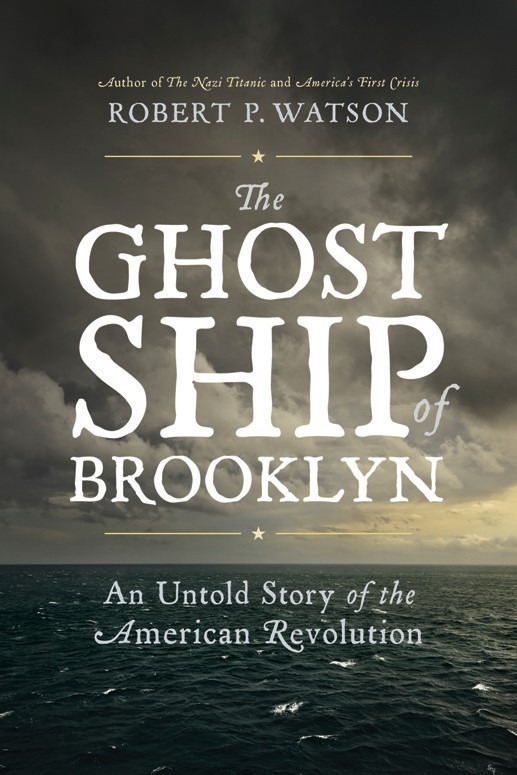 ¦ “Cold War Canoe Club” by Jeffery Hess – I can’t think of another short story collection I’ve read in recent years that has given me such a jolt of vicarious experience and insight. Original, fraught with every kind of pain, clear-sighted and despairing, Mr. Hess’ book takes us to external and internal places most of us have been able to avoid. And that avoidance has distanced us from people, whole swaths of society, who we have unwittingly depended on to keep us safe — and even prosperous. Given today’s concerns about America’s conflicts and rivalries with Putin’s Russia, this collection of 15 stories focused on the lives of Navy seamen during the Cold War has an added dimension of relevance. 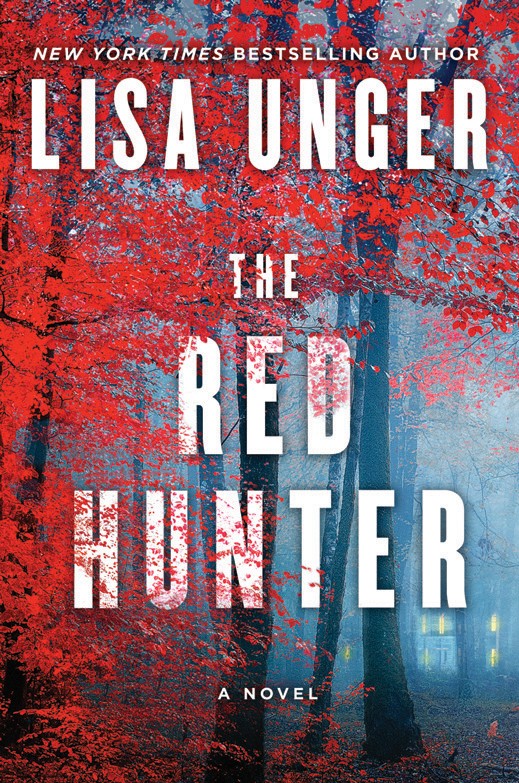 ¦ “Florida Soul: From Ray Charles to KC and the Sunshine Band” by John Capouya (nonfiction) – For a scholarly enterprise, this book is notable for its high energy and conversational tone. One can feel the author’s obvious excitement over the opportunity to celebrate the dazzling contributions of those in the art and business of soul music. A sizeable group of talented and inventive characters make appearances in this lively slice of the Sunshine State’s cultural history. 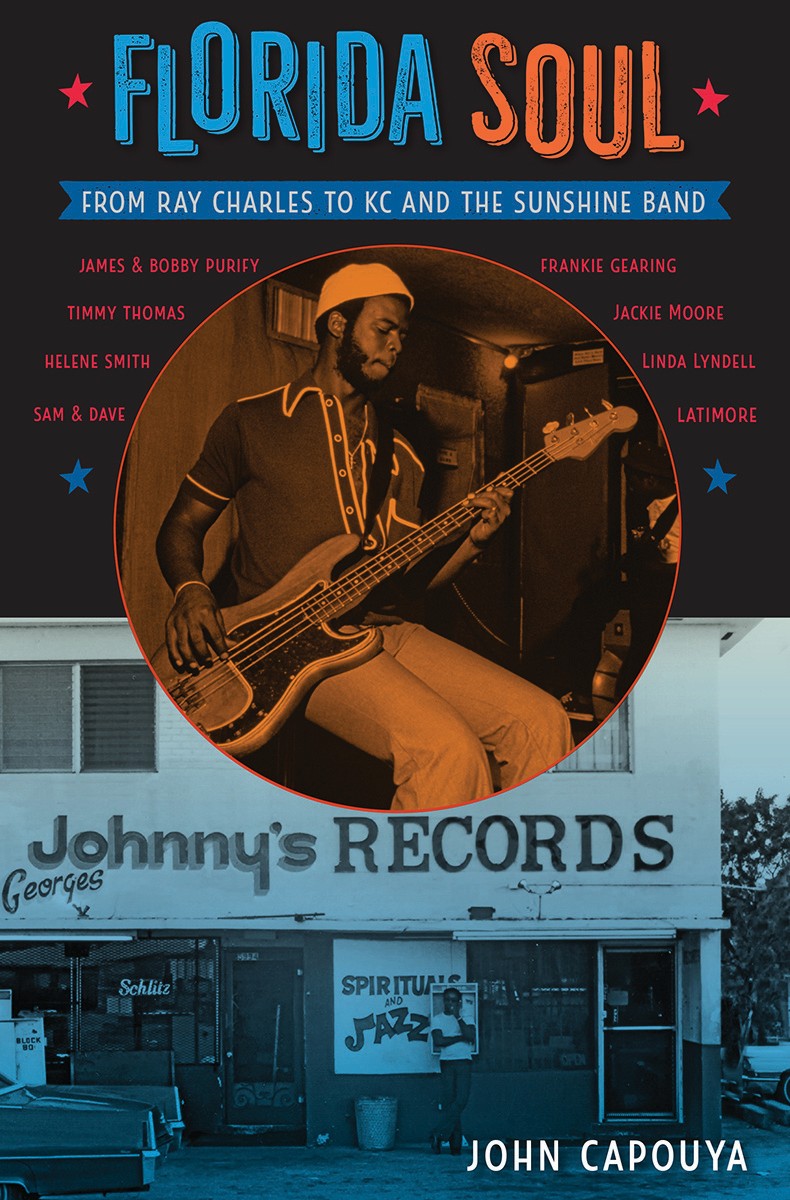 ¦ “Come Home” by Patricia Gussin – Remember 2011, the year of the Arab Spring? The turmoil in the Middle East provides a backdrop for this fast-paced thriller. Ahmed Masud, middle son in a wealthy Egyptian family, is called back to Cairo to help prepare for his family’s future after the Mubarak regime collapses. Their wealth derives being favored by Mubarak’s son, who handed them an Egyptian cotton empire. Also, Ahmed’s parents wish to see his 5-year-old son. Succumbing to their pressure, and unsettled by medical malpractice lawsuits, Ahmed steals his son away to Cairo, rashly jeopardizing his marriage and the American dream lifestyle he and his wife, also a plastic surgeon, have shared. 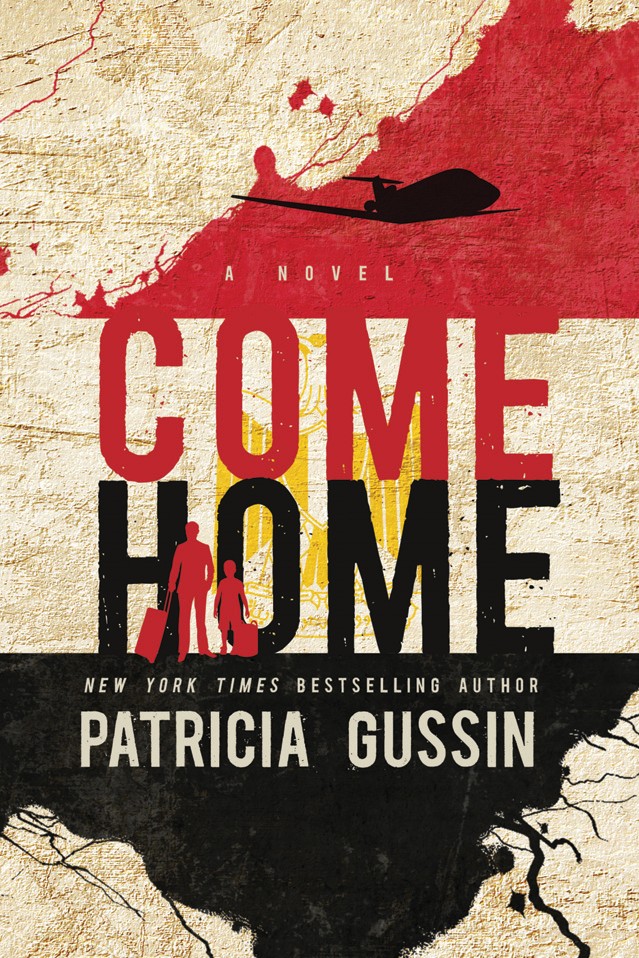 ¦ “The Shark Club” by Ann Kidd Taylor – Maeve Donnelly is the 30-year-old protagonist of this elegantly written first novel. She is part of the shark club triumvirate, the other two being her long-time boyfriend Daniel and his 6-year-old daughter, Hazel. This informal mutual interest group was put together to help Hazel find stability in a young life that has been — and still is — filled with uncertainty. Maeve and Daniel have decided to see if their long-severed relationship, once seen as strong and vibrant, can be restored. Hazel is the unplanned child of a woman with whom Daniel had a quick affair. That misstep cost him Maeve’s trust. Hazel’s mother died. Now the question is whether these three individuals — the only members of the shark club — can form normative family bonds. 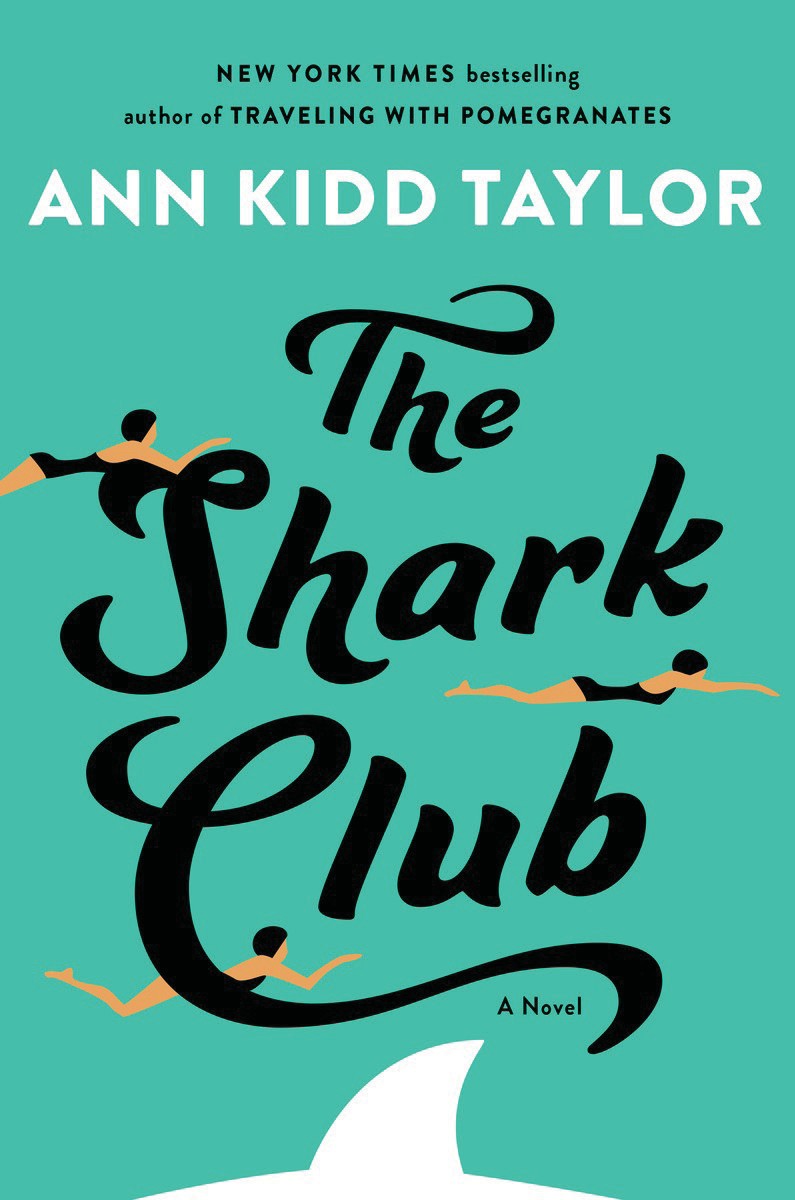 ¦ “When They Come for You” by James W. Hall – Add Mr. Hall to the list of premier mystery/thriller authors who have jumped tracks from a classic series featuring a male protagonist to a new series featuring a female character. We meet Harper McDaniel on a pleasant February day in her Coconut Grove home. Her husband, investigative reporter Ross, is shaving while holding their infant son Leo. Harper must snap a picture of them. That’s part of her nature as a professional photographer who is also the daughter of Deena Roberts, a photographer superstar and a suicide. A few blocks away, Spider Combs performs his electronic surveillance of the home, taking pictures and filming the movements of the gorgeous Harper. He knows a lot about this family, a family he has been contracted to destroy. ¦ 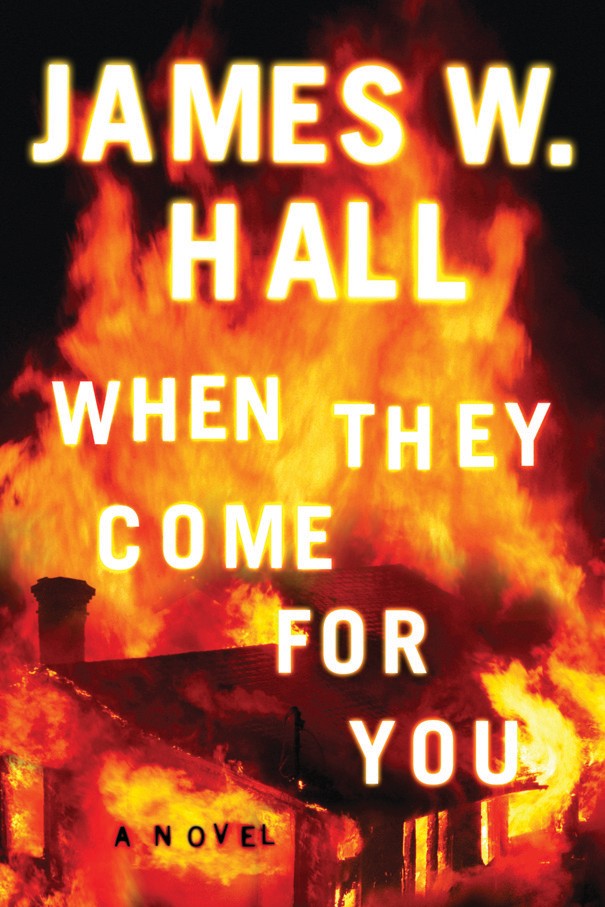 — Phil Jason, Ph. D., United States Naval Academy professor emeritus of English, is a poet, critic and freelance writer with 20 books to his credit, including several studies of war literature and a creative writing text. Read his book reviews written for various other publications at www.philjason. wordpress.com.